Would We Buy One? Yep!

Powertrain: All models have a 2.5-liter, four-cylinder engine that makes 181 horsepower and 181 pound-feet of torque. Front-wheel-drive and a CVT automatic transmission are standard. 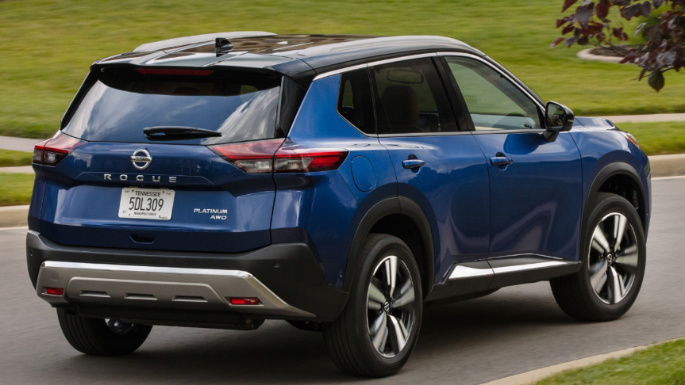 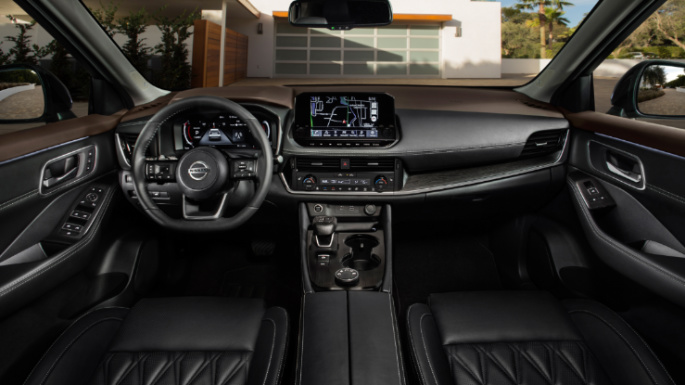 The high-end Platinum trim goes one step further by adding what Nissan calls Navi-link to the ProPilot assist system. This feature uses the navigation system to automatically detect upcoming off-ramps, curves in the road, busy intersections, and changes in the speed limit.
The 2021 Rogue has not yet been crash-tested by IIHS or NHTSA. 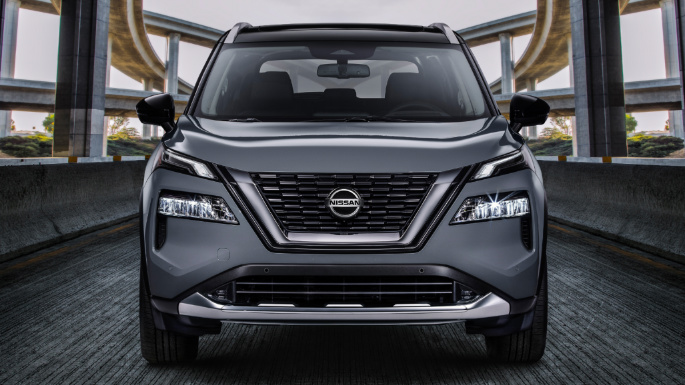 Nissan knows the Rogue plays in an ultra-competitive segment, so it clearly worked hard to make sure this crossover was competitively priced.

There are four trim levels: S, SV, SL, and Platinum.

Keep in mind all of those prices include destination and are for front-wheel-drive versions.

Adding all-wheel-drive to any of them adds another $1400 to those prices.

A fully-loaded Rogue Platinum can reach $38,000 and features quilted leather seats, a fully-digital dashboard, one of the largest head-up displays in the segment, a Bose stereo system, and wireless Apple CarPlay and smartphone charging.

If it were up to us, we’d choose the SV trim and then we’d add the SV Premium Package.

For about $31,000 for the front-wheel-drive version, you get all of the goodies you really need, with none of the fluff just inflates the price. Highlights include leatherette seats that are heated up front, a power liftgate, a moonroof, heated steering wheel, second-row sunshades, all the infotainment features you really need, plus a nice suite of active safety tech. 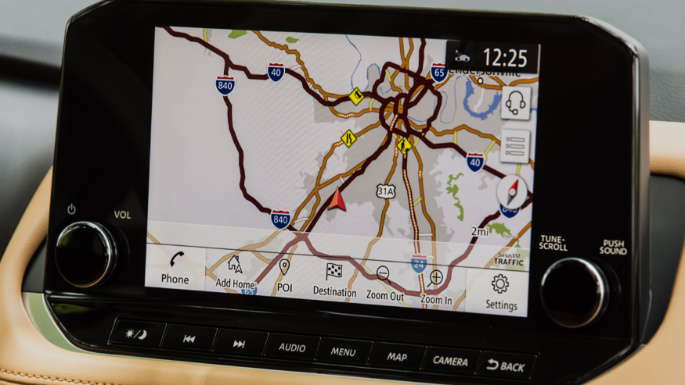 All Rogue models offer an eight-inch color touchscreen display for the infotainment system, along with Apple CarPlay with Siri Eyes Free capability and Android Auto and Bluetooth connectivity.

Also standard are the active safety features mentioned above.

The popular SV trim adds things like a wifi hotspot and a 360-degree parking camera, while higher-end trims include features like one of the largest head-up displays in the segment, a 12-inch fully-digital instrument panel, wireless phone charging, and a motion-activated power liftgate. 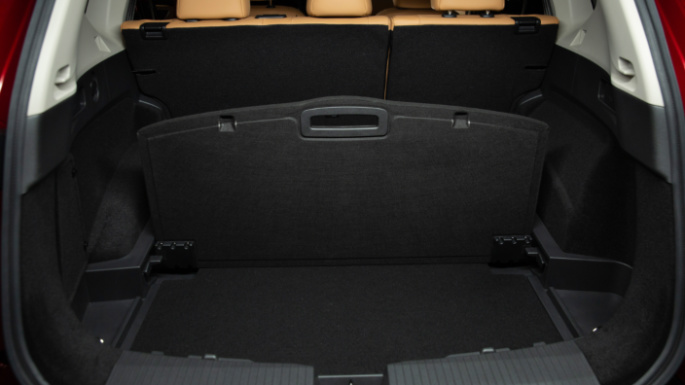 The Rogue has some nice features built into it that aid in its usefulness. The rear doors open up 90 degrees, giving you better access to the kids or cargo that are in the rear seats.

Child seats can be fitted in all three of the rear seats, those seats fold truly flat, and overall cargo space with them folded is up by about four cubic feet versus the previous Rogue, for a total of 74 cubic feet. That puts it ahead of other compact SUV models like the Ford Escape and Toyota RAV4, but behind the Honda CR-V.

Passenger space in this Rogue is down a touch from the previous version, but you wouldn’t know it to sit inside. I could fit my 6’1” frame in all of the seats with plenty of headroom and legroom to spare. 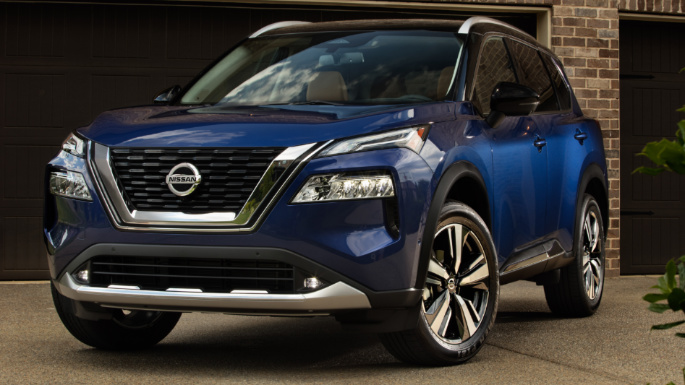 Nissan made big changes to the Rogue’s exterior styling for 2021, and it’s clear from the looks of it that the automaker didn’t want it to look like anything else in its segment or the industry.

It has a bold style and presence that’s more sophisticated and grown-up than its predecessor, and it even has an almost luxury-like appearance to it.

In terms of size, this new Rogue has the same wheelbase as its predecessor, but it’s now about an inch and a half shorter.

Fortunately, that really doesn’t have an impact on interior space, it just improves the Rogue’s handling and maneuverability. 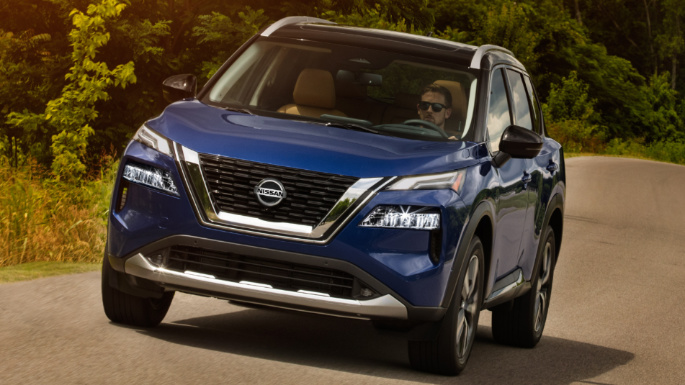 No matter which version of the Rogue you choose, you get the same powertrain.

The engine is a 2.5-liter, four-cylinder unit that makes 181 horsepower and 181 pound-feet of torque. It’s connected to a CVT automatic gearbox and standard front-wheel-drive.

Though the Rogue only gains a few horsepower over the model it replaces, it’s definitely quicker off the line. Acceleration is tame, however, as is the handling. What we were most impressed by was the refined ride quality and noise levels the Rogue offered. It’s no sports car, but this new Nissan is definitely a comfortable, well-built crossover. 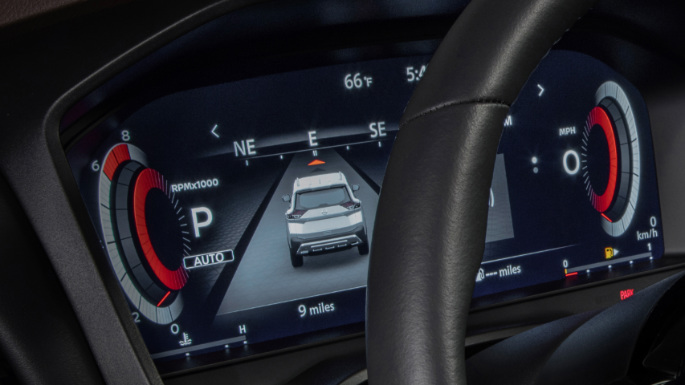 The front-wheel-drive Rogue is rated by the EPA at 26 MPG city, 34 MPG highway, and 29 MPG combined. That fuel economy is nearly identical to the previous Rogue, but it puts it a tick behind many of its key rivals.

Upgrading to AWD drops those numbers down to 25 MPG city, 32 MPG highway, and 28 MPG combined for all trims except the S, which is one MPG higher for each.

The Rogue also lags behind some of its key rivals in that it doesn’t offer a second powertrain. Many competitors offer either hybrid, plug-in hybrid, or more powerful turbo option -- or sometimes more than one.