Five Generations of the Subaru Impreza

Subaru's Impreza is a compact car known for its legendary all-wheel-drive system and rally-racing heritage. Subaru offers it as a four-door sedan or a five-door hatchback.

The automaker also builds two turbocharged performance-oriented versions of the Impreza — the WRX and the STI — and a crossover style hatchback called the Crosstrek; all three are different enough to be considered separate models from the Impreza. 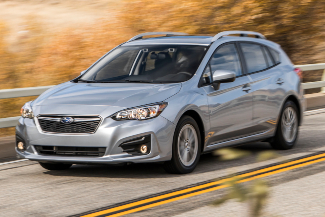 Subaru gave the Impreza a major overhaul for this generation, moving it to a new platform that now underpins most of the brand’s vehicles. This platform boasted a more refined ride quality, lower center of gravity, 70 to 100% better rigidity, and a revised suspension.

The 2.0-liter, four-cylinder boxer engine was updated with a direct injection system, and now made 152 horses. Transmissions available were a five-speed manual or continuously-variable (CVT) automatic. Fuel economy was estimated by the EPA at 28 mpg in the city and 38 on the highway.

The current lineup includes the 2.0i base, Premium, Sport and Limited - all of which are available as a sedan or five-door hatchback.

All but the base model Impreza have heated front seats. Subaru’s Starlink technology and rear-view cameras are present as standard on even the base models. Starlink helps to integrate your cell phone with the entertainment system.

Eyesight — a suite of active safety features that includes pre-collision braking and adaptive cruise control — is once again available, and there is a new infotainment system that integrates with Android Auto and Apple CarPlay – the latter of which are standard at all trim levels.

Subaru lightly updated the Impreza for 2020. The front bumper, grille, and headlights were tweaked, new wheel designs were added, a more advanced adaptive cruise control setup with lane-centering was added to Subaru's EyeSight ADAS system, and new fabric was added to the door panels and seats of the Sport model. 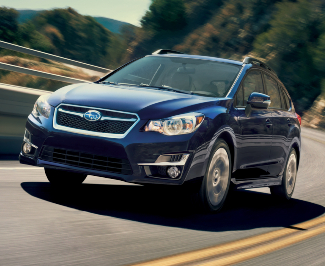 This generation came with a 148-horsepower 2.0-liter engine mated to either a five-speed manual transmission or a Lineartronic CVT that had a simulated six-speed paddle-shifting manual mode. In the Impreza hatchback, the rear seats folded down in a 65/35 split, delivering up to 52.4 cubic feet of cargo space.

A longer wheelbase meant more legroom for passengers. The list of standard goodies in this generation includes AC, Bluetooth phone and audio connectivity and an auxiliary input for the stereo.

For 2016 all Impreza models received updated bumpers, grilles and side mirrors as well as improved sound deadening technology. This was the first generation in which Subaru made available optional active safety features which it called EyeSight. This system incorporated dual cameras mounted by the rearview mirror for adaptive cruise control and lane departure warnings as well as pre-collision braking and throttle management keeping watch for pedestrians. It also gave you an alert when the red light you’re stopped at turns to green or when the stopped vehicle in front of you starts moving again. 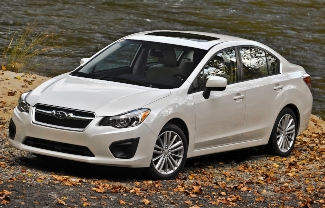 In this generation, Subaru replaced the small wagon variant with a five-door hatchback; window frames were added to reduce noise and vibration. This car was slightly longer and wider, with MacPherson struts in the front and a double wishbone rear suspension. The engine remained a 2.5-liter, 170-horsepower flat four-cylinder unit. This is when electronic stability control first became a standard item. A 2.5i GT model introduced in 2009 had a turbocharged engine that made 224 horsepower. A four-speed automatic was optional while a five-speed manual was standard. 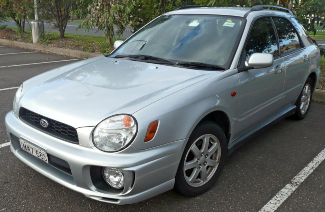 This version was denoted by its round headlight design; it grew longer and wider from its predecessor. It has a 2.5-liter four-cylinder engine that makes 165 horsepower; it’s paired with either a five-speed manual or a four-speed automatic.

This generation was available in sedan, wagon and Outback Sport versions — the latter was a more rugged, crossover-style wagon similar to the larger Legacy Outback wagon.

Cruise control became standard, and so did a CD player as well as power windows and locks. 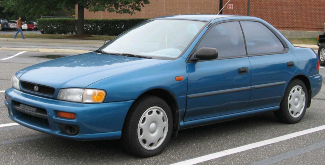 The first generation of the Impreza was initially offered in front-wheel or all-wheel-drive in a four-door sedan or a five-door small station wagon. The cars came with a 1.8-liter, four-cylinder engine.

In 1995, Subaru added a larger, more powerful 2.2-liter engine as an option; the base 1.8-liter unit continued on the base model. This was also the model year when Subaru introduced the Outback Sport, a slightly modified version of the Impreza wagon that used the larger Outback wagon as inspiration. The Outback Sport model had a slightly higher suspension for more ground clearance and contrasting paint on the lower body panels.

In 1997 the Impreza had an external makeover with an interior update in the following year. This was also when Subaru decided to make AWD standard on all North-American Imprezas, and in 1998 a 165-horsepower 2.5-liter engine made its debut in the WRX model.