The XC40 is currently the smallest and cheapest vehicle that Volvo sells in the U.S. It’s a small luxury crossover that slots below the midsize XC60 crossover and the larger XC90 crossover in Volvo’s crossover lineup.

Volvo introduced the XC40 as an all-new crossover for the 2018 model year.

There are currently two engines available in the U.S. for the XC40; an all-electric version is expected sometime in 2020.

The base model is the T4, which starts at $34,195. It comes with a 2.0-liter, turbocharged four-cylinder engine that makes 187 horsepower and 221 pound-feet of torque.

The optional engine is the T5; for an extra $2,000, buyers can get a more powerful version of this 2.0-liter turbocharged engine that makes 248 horsepower and 258 pound-feet of torque.

Regardless of which engine you choose, the XC40 comes with an eight-speed automatic transmission.

This optional T5 engine comes standard with all-wheel drive, while the less powerful T4 engine is front-wheel drive only.

Both the T4 and the T5 engines are available in three trim levels: the base Momentum, the sporty R-Design and the luxury-oriented Inscription. 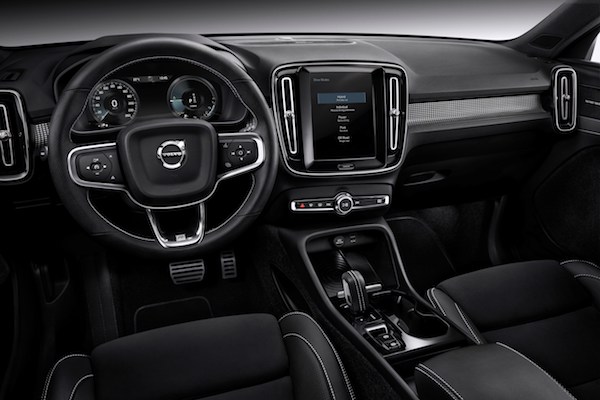 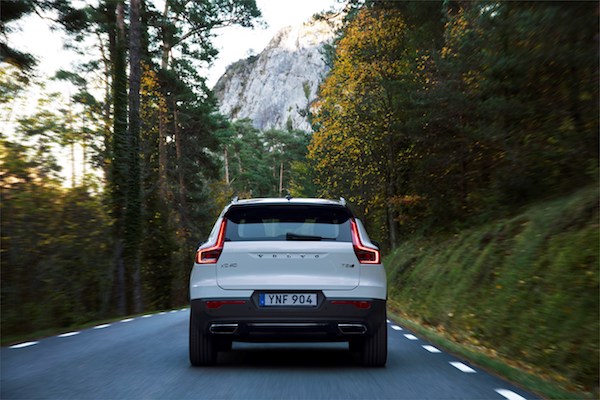 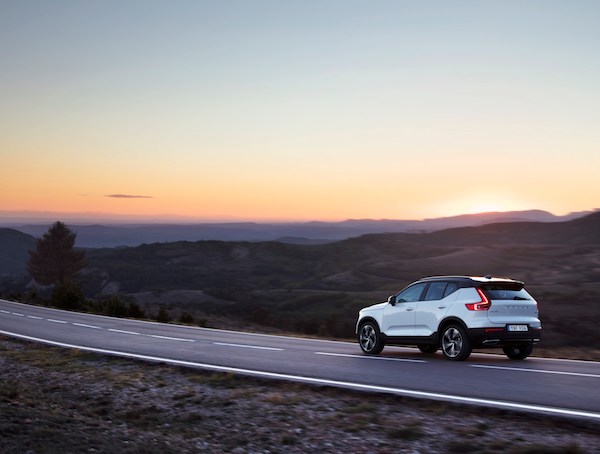 Next in line is the R-Design version. This is the sporty member of the three XC40 trim lines. For an additional $2,500 over the Momentum’s asking price (for a total of $37,195), the R-Design gives you larger 19-inch alloy wheels, an in-dash navigation system, a digital instrument panel, power liftgate with hands-free option and various sport-oriented trim pieces.

Finally, XC40 fans looking for extra luxe amenities and refinement have the Inscription model. Starting at $39,890, it comes with a panoramic moonroof, stylish wood inlays in the interior trim, unique exterior trim and 18-inch alloy wheels and unique leather seats.

Each of these trim lines comes with the smaller T4 powertrain (187 horsepower and front-wheel drive). The only way to get all-wheel drive is to step up to the T5 powertrain, with the more robust version of this engine that makes 248 horsepower. This is an extra $2,000 for all three trim lines.

If it were our money on the line, we’d opt for the Momentum T5 for $37,695. It gives you everything you need and want in a small, entry-level crossover like this, plus the added power of the 248-horsepower engine and the security of AWD.

As we mentioned, the XC40 is in one of the most crowded and competitive segments: the small luxury crossover. This means buyers have a lot of good options. While the XC40 should certainly be on your shopping list, we also like other well-rounded competitors like the BMW X1, Acura RDX, Jaguar E-Pace and Lexus NX. Our concerns about current Volvo’s long-term reliability and our frustrations with the shifter and infotainment system keep the XC40 off the top of this list.