Vehicle Type: An American sports car that many people consider a muscle car. 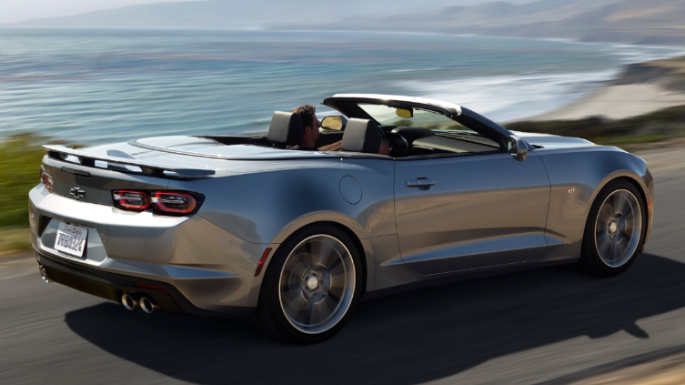 Together with the Ford Mustang, the Chevy Camaro represents a muscle car heritage that has made both cars legends in the automotive world. Today, the Camaro can be had with everything from a tame four-cylinder engine to a fire-breathing supercharged V8, which makes it accessible for buyers with almost any budget.

The Camaro is aimed at new car buyers that want performance and aggressive looks in a somewhat compact package. The segment happens to be small, only really including the Ford Mustang and Dodge Challenger, but competition is fierce. The good news for Chevy is that the Camaro’s wide range of powertrain choices opens it up to a far larger audience of buyers, but the bad news is that the Mustang looks better and also offers the same breadth of choice.

The 2020 model year brings a few significant updates to the Camaro, even though it saw a mid-cycle refresh just last year. The SS and brand-new LT1 trims have had a facelift over previous cars, getting new front-end styling with an updated grille.

On the bottom of the model line, the 1LS trim comes with a frugal but peppy turbocharged four-cylinder engine that produces 275 horsepower through a six-speed manual. One step up the ladder is the 1LT trim, which comes with the four-cylinder engine, but can be optioned with a 3.6-liter V6 that makes 335 horsepower. The 2LT and 3LT trims are offered with the same engine choices, but the LT1 and 1SS/2SS trims come with a 455-hp 6.2-liter V8. The range-topping ZL1 trims get a supercharger to go with that V8, making a total of 650 horsepower. 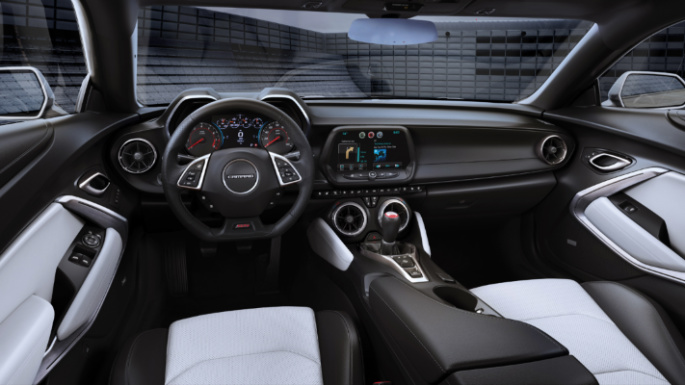 The 2020 Camaro earned mixed reviews in government safety testing. The Insurance Institute for Highway Safety (IIHS) awarded the car Good ratings in small and medium overlap front crashworthiness, a Good rating for side crashworthiness, Acceptable scores for roof strength, and Good for its head restraints and seats. Optional front crash prevention tech only helped the Camaro earn a Basic rating, and car seat LATCH ease of use was rated Marginal. 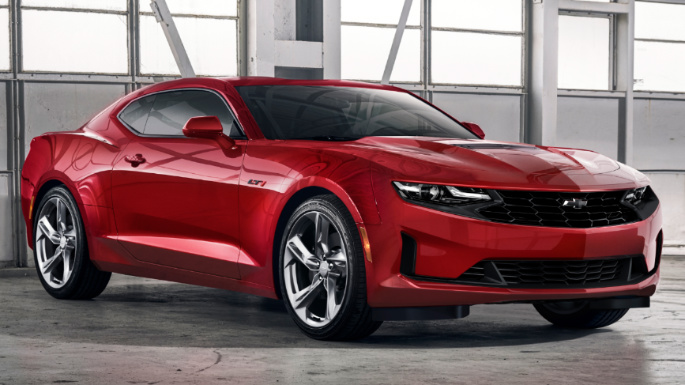 The Camaro has been consistently praised for being a great value, thanks to its long list of standard features. The four-cylinder engine, despite being less powerful than the other engine choices, is a solid pick with decent performance and a great price.

Against the competition, the Camaro is similarly priced. The Mustang is fairly evenly matched from a cost standpoint through many of its trim levels as well.

If there’s anything against the Camaro, it’s the somewhat complicated and convoluted trim level distinctions. The trims themselves don’t jump in price to an unreasonable level, but the numerous options can make one trim as expensive as the next level up the ladder. 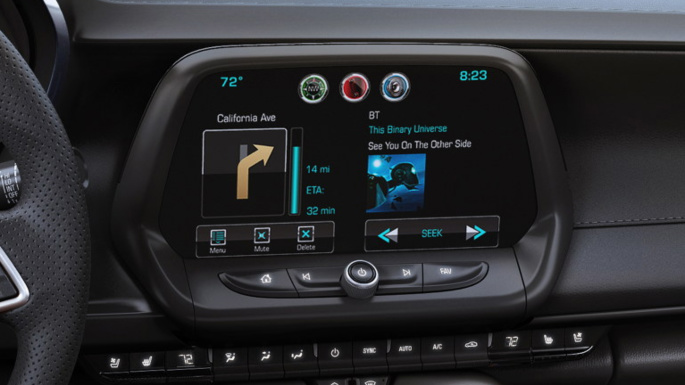 The Camaro’s infotainment has been praised as being easy to use, colorful, and responsive. The most important features are included as standard equipment, which makes the car a much bigger value draw. 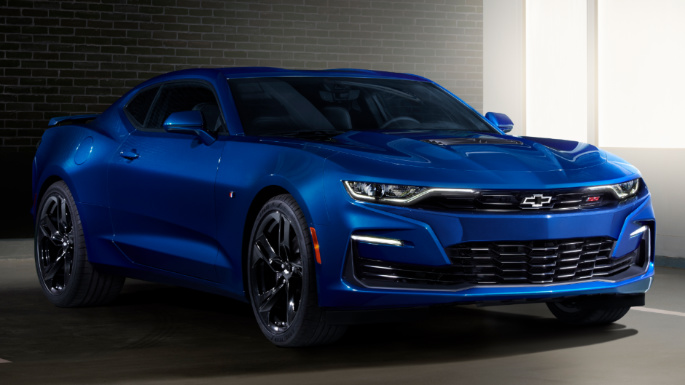 The Camaro’s purpose in life is performance, which unfortunately doesn’t equate to a generous amount of usable space.

With a truck measuring just 9.1 cubic feet, the Camaro has the smallest trunk in the segment. This is compounded by the fact that the trunk opening is tight and that it has a high load floor. Interior storage is similarly stingy. Door pockets and the center console storage area are tiny.

Outward visibility is another weak spot on the Camaro. The sleek exterior shape means the greenhouse (the section of the vehicle with the glass and roof) is remarkably small, making it hard to see out of. 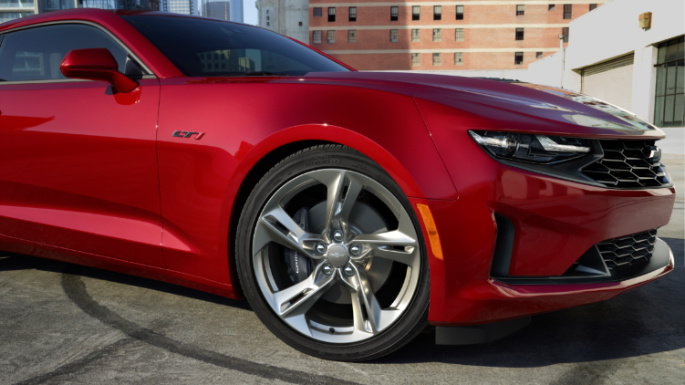 The Camaro has an aggressive style that makes it stand out, but that comes with key tradeoffs in overall usability. While the sleek greenhouse contributes to the Camaro’s striking appearance, from the inside, it makes it hard to see out of the car.

Controls inside are arranged in a way that may not make sense for many people. There’s a sizable learning curve, but they become usable with time.

The front seats are comfortable and supportive, with a good amount of padding despite being performance-oriented buckets. There’s a decent amount of headroom up front, but opting for a sunroof reduces that spaciousness quite a bit. The back seat is unusable for adults, but kids will be just fine.

Fit and finish, even at the base level, are both solid. The interior of the Camaro has many vintage-inspired touches that are both stylish and functional, and the car is free of rattles or loose panels anywhere. 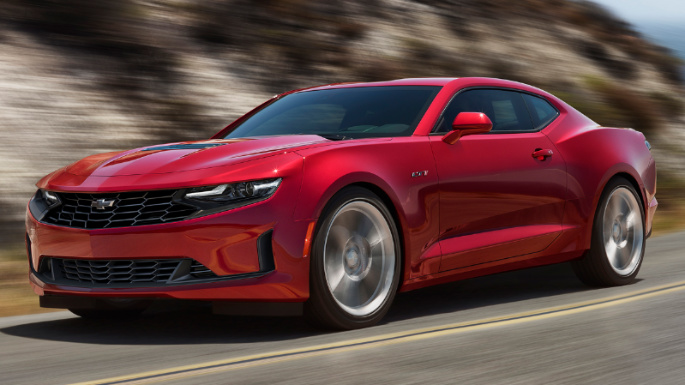 Buyers can get a Camaro with a fire-breathing V8 under the hood, but even the four-cylinder and six-cylinder engines offer more than enough punch to feel sporty.

The car, despite seeming big from behind the wheel, offers precise handling. That gets even better in higher trims with stickier tires.

The steering gives the driver a sense of confidence that their inputs are being turned into wheel movements accurately. The brakes are excellent, with accurate and responsive pedal feel.

As long as you don’t need to ride in the back seat for any reason, the Camaro has a firm but compliant ride that translates to comfort in the front seats. 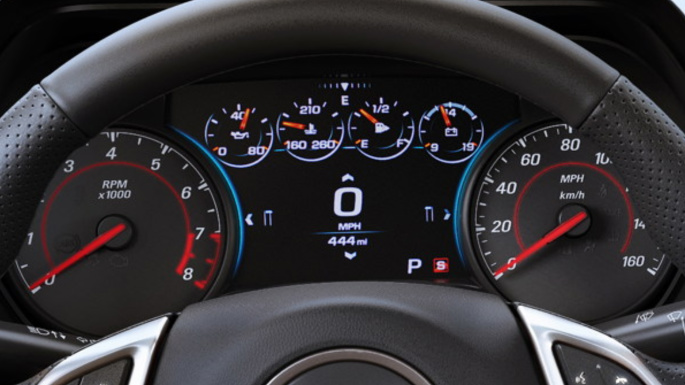 When equipped with the 2.0-liter four-cylinder and a manual transmission, the Camaro is capable of EPA-estimated fuel economy of 20/30/23 mpg city/hwy/combined. That changes to 22/31/25 mpg with an automatic transmission. 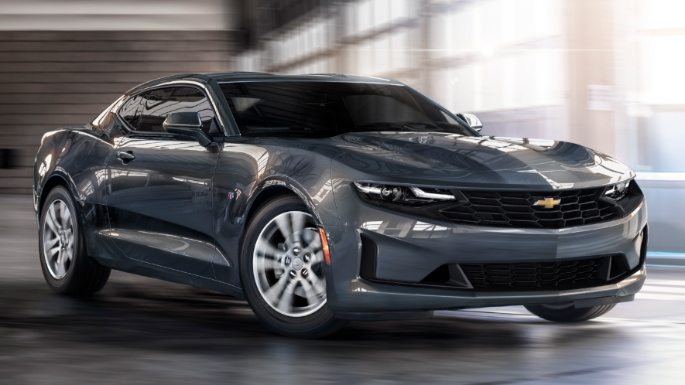 The Camaro 1LS with an automatic transmission starts at $27,490.

The Camaro 1LT starts at $26,494 after destination and comes with a power passenger seat, SiriusXM radio, and silver-painted 18-inch wheels.

The Camaro 2LT starts at $26,995 after destination and comes with leather upholstery, heated/ventilated front seats, and dual-zone climate controls.

The Chevrolet Camaro LT1 has a starting price of $33,495 and comes with a 6.2-liter V8 engine, manual transmission, performance suspension, Brembo front brakes, and 20-inch wheels.

The Camaro LT1 starts at $36,590 with an automatic transmission.

The Chevrolet Camaro 1SS starts at $38,495 and comes with an external engine oil cooler, an extra capacity cooling system, an auxiliary engine coolant cooler, a limited-slip rear differential, a differential cooler, a transmission oil cooler, Brembo brakes all around, and an eight-inch touchscreen.

With an automatic transmission, the Camaro 1SS starts at $40,090.

The Camaro 2SS has a starting price of $41,995 after destination and comes with a Bose audio system and a memory package for seats and other vehicle components.

With an automatic transmission, the Camaro ZL1 starts at $65,590.

If it were our money on the line, we would opt for a V6-equipped Camaro 3LT. This trim adds several convenience and comfort features and gains real performance from the V6 without breaking the bank. Our second pick would be either Camaro SS models, because of the performance benefits brought on from extra cooling.