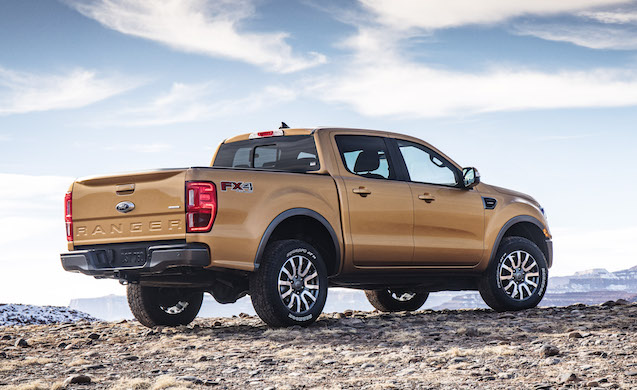 The Ranger is Ford’s midsize pickup truck. It returned to the U.S. market for the 2019 model year after an eight-year hiatus, during which Ford was adamant truck buyers would gravitate towards a cheap full-size F-150. The market proved otherwise, as rivals like the Toyota Tacoma, Chevrolet Colorado, GMC Canyon and even the aging Nissan Frontier all continued to be extremely popular with buyers.

This new Ford Ranger isn’t actually completely new, as the basic platform has been on sale in other global markets for several years. But Ford did make significant improvements to ready it for the American market. Thus, despite its age, it vaulted to the top of our midsize truck wishlist with a heady mix of refinement and capability.

All Rangers in the U.S. come with a 2.3-liter turbocharged EcoBoost four-cylinder engine that makes 270 horsepower and 310 pound-feet of torque. It’s paired with a 10-speed automatic transmission and standard rear-wheel-drive.

There are three main trim levels for the Ranger: base XL, XLT and high-end Lariat.

The Ranger comes in one of two bed/cab configurations. The base setup is the SuperCab with a six-foot bed (the SuperCab is basically an extended cab setup with one full set of doors for front passengers and one set of rear-hinged partial doors for rear-seat access). For around $2,200 more, you can choose the SuperCrew setup, which gives you four full, standard doors and a five-foot bed.

An optional $1,295 FX4 package can be added to any of the three trims that have four-wheel-drive. It ups the Ranger’s off-road chops with goodies like an off-road specific suspension, unique 17- or 18-inch wheels, an electronic locking rear differential, skid plates, unique display in instrument panel and a terrain management system. 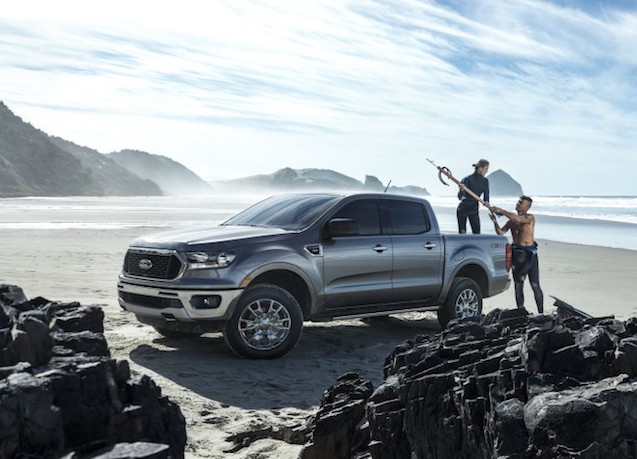 Fuel efficient. On paper, the new Ranger’s fuel efficiency shines. The EPA rates it at 20/24/22 MPG city/highway/combined for the 4x4 model we tested. That’s significantly better than all of its competitors (thank the turbo four versus its rivals’ V6 engines). And while real-world driving usually doesn’t match EPA figures, we hit 21.3 mpg in our week of testing.

Refined. Despite the fact that this isn’t entirely a new model (globally), it’s certainly the most refined of any of the midsize trucks on the market (with the exception of the Honda Ridgeline truck thing). Road and wind noise were virtually non-existent and the ride quality was composed and comfortable. It would be an easy pick as a comfortable daily-driver that’s on par with a crossover or SUV, something we’re not sure we’d say about the Tacoma or Colorado. 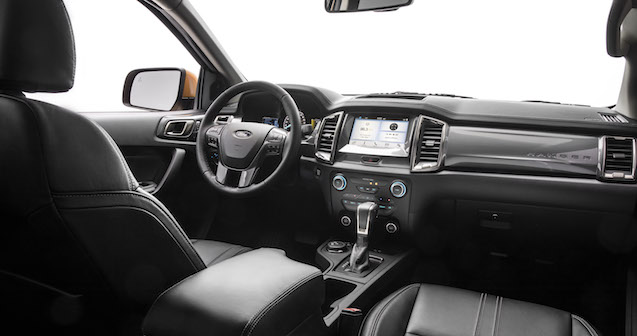 Good visibility. Unlike its rivals (again, with the exception of Honda’s Ridgeline), the Ranger’s cabin has great outward visibility and doesn’t feel like you’re hunkered down in a cramped, dark bunker. As with its refinement, this helped the Ranger feel like an easy pick to use on a daily basis...not just when you need to do truck stuff.

TLDR: Small rear seats, no V6, too much plastic

Useless rear seats in SuperCab. The model we tested was the SuperCab with the six-foot bed. We found the bed length to be perfect (the shorter five-foot setup cuts down the truck’s practicality). But the rear seats in the SuperCab model aren’t that useful to sit on. The seatbacks are straight upright and legroom for adults back there is practically non-existent. It’s a shame the Ranger doesn’t offer BOTH the six-foot bed AND the larger SuperCrew cab pairing like its rivals do.

No V6. Though the EcoBoost turbo four has plenty of power relative to its rivals, it just can’t match the pure grunt that a larger, naturally-aspirated engine can promise. This wasn’t a reason to avoid the Ranger but buyers who are used to the acceleration, sound and behavior of a larger engine will definitely notice the difference.

Cheapo interior bits. This was a minor gripe but there were portions of the Ranger’s interior that relied too heavily on cheap plastic construction, especially for a vehicle that can top $43,000. 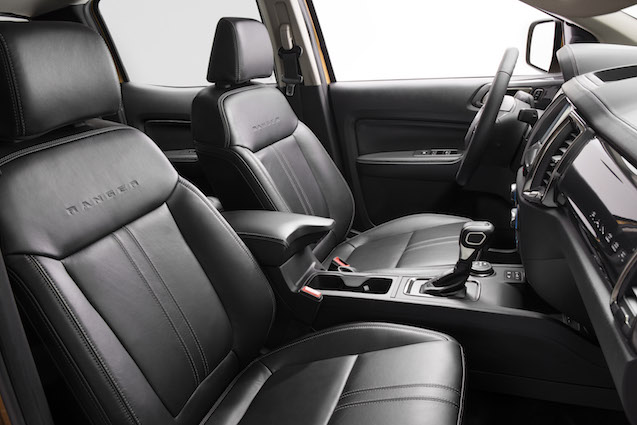 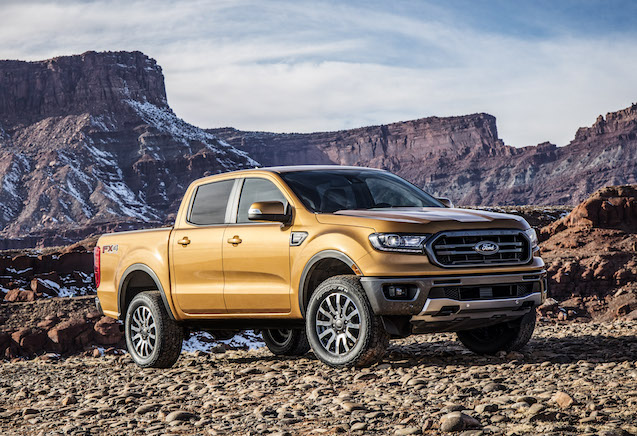 The Ranger starts at $25,495 for a base XL model with a 4x2 powertrain, SuperCab setup (smaller rear seats and doors) and a six-foot bed.

The FX4 off-road package can be added to any 4x4 model and costs $1,295. It upgrades the suspension, 17- or 18-inch wheels, and adds an electronic locking rear differential, skid plates, unique display in instrument panel and a terrain management system. 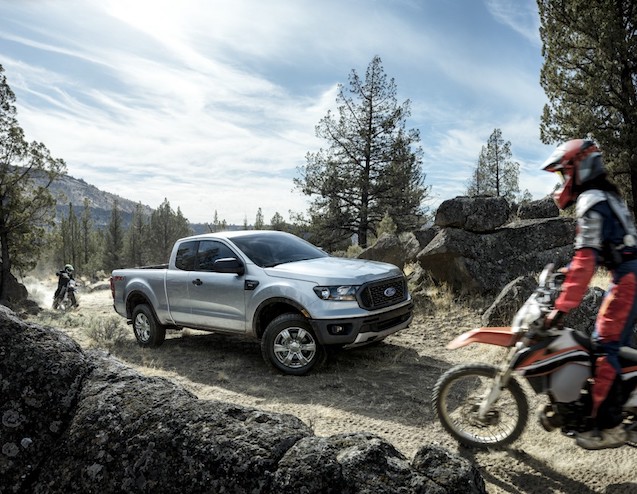 If it were our money on the line, we’d opt for the base XL 4x4 SuperCrew model and then we’d add the FX4 package and the STX package. For $35,480, it gives you a handsome, capable truck with all the refinement that we love on the Ranger and none of the expensive fluff.

The Ranger is in a small but competitive class of midsize trucks that really has no losers.

The Chevy Colorado is also a strong contender, doing everything the Toyota does, just not as well. The GMC Canyon is its slightly upscale cousin.

Finally, Nissan’s Frontier is the oldest of the group, soldiering on in its general configuration for more than a decade. Despite this age, it still represents a strong value in the midsize truck space that buyers should consider.