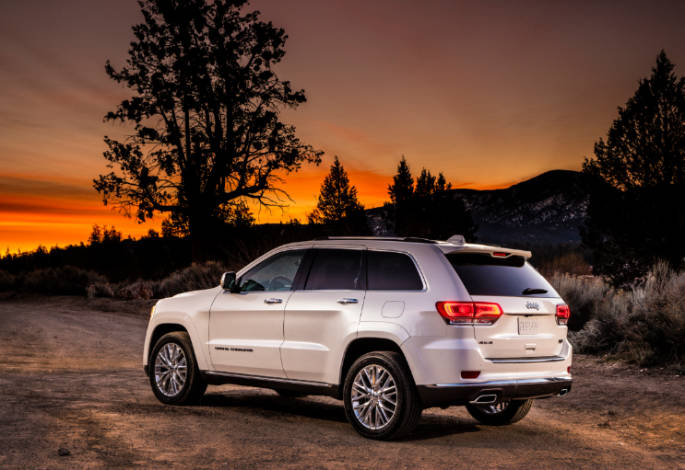 The Grand Cherokee is a five-passenger, midsize SUV that competes against a variety of premium and near-premium crossovers and SUVs, including the Ford Edge, Honda Passport, Toyota 4Runner and Highlander, Nissan Murano, and Chevy Blazer.

Below the Grand Cherokee in Jeep’s lineup sit the Cherokee, the Compass, and the Renegade, plus the Wrangler and its Gladiator pickup version.

The Grand Cherokee is aimed at new car buyers that want the space and usability of a larger SUV but don’t need a third row.

This Jeephasn’t been thoroughly updated in quite a while, but the SUV is still relevant and competitive in its segment, thanks to seriously updated technologies and the latest in advanced safety equipment. Jeep has given the Grand Cherokee better engines as well, and the SUV has gone from a mostly off-road-focused vehicle to one that will scorch all four of its tires on the dragstrip or comfortably shuffle a family to the nearest strip mall, depending on the model. 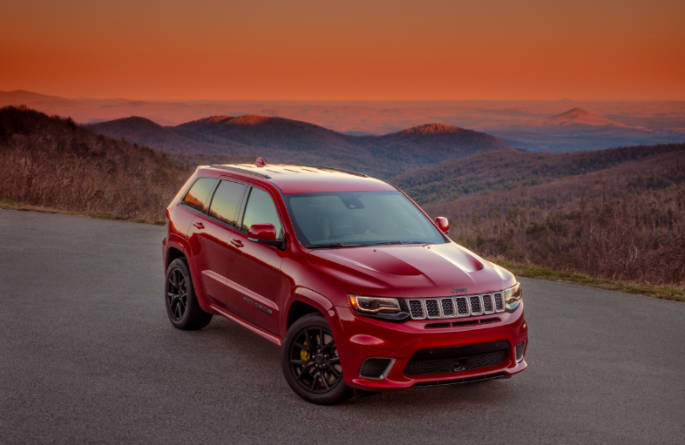 The Grand Cherokee is offered in seven trims: the base Laredo trim, Limited, Trailhawk, Overland, Summit, SRT, and Trackhawk (seen above). Several special editions are available at any given time, which tend to combine popular elements from various trims into one package. Current special editions include the Upland, High Altitude, and Limited X.

The Grand Cherokee’s standard powertrain includes a 3.6-liter V-6 engine that produces 295 horsepower and 260 pound-feet of torque, paired with an eight-speed automatic transmission.

A 5.7-liter V-8 is optional for certain trims and has 360 horsepower and 390 pound-feet of torque out of the box. That’s all in a package with excellent towing capacity and enough cargo space for the entire family to bring their gear.

A diesel engine was offered in the Grand Cherokee earlier in this generation’s lifespan but has since been discontinued.

Styling: Jeep hasn’t given the Grand Cherokee a complete overhaul in many years, but it still looks contemporary, thanks to smooth lines and handsome sculpting. The tidy styling continues inside, where buttons and controls are neatly organized and placed well within reach of the driver. 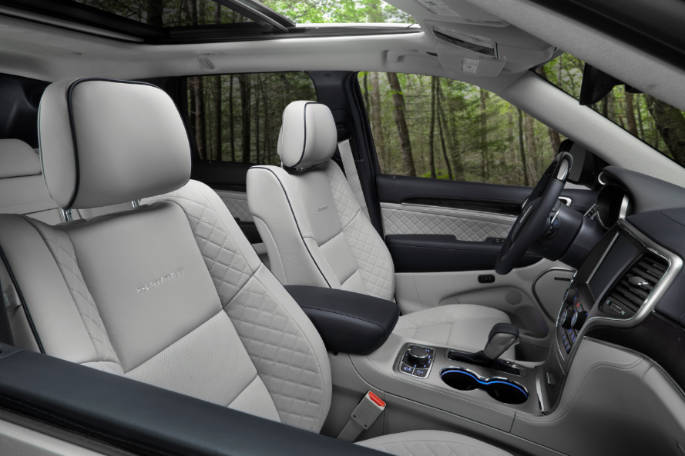 Comfortable: When sitting in the driver’s seat of a Grand Cherokee, it’s hard to believe that the SUV occupies the same brand’s lineup as vehicles like the Wrangler and the Gladiator. The Grand Cherokee’s interior is spacious, well-organized, and friendly for a wide variety of driver body shapes and sizes.

Capable: Yes, it has a towing rating of over 7,000 pounds, and yes, higher trim levels do come filled with soft leathers and tech. Even so, the Grand Cherokee is still a Jeep and can still hold its own when the pavement ends. Special off-road editions are offered, and there’s a Trailhawk trim with special tires and other rugged touches. Even lower trims with street tires have solid off-road capability.

TLDR: The Grand Cherokee gets pricey in higher trims, the platform is getting old, and several safety features are locked away in options packages.

Expensive: Most of the “cool stuff” that can be had with the Grand Cherokee comes with a fairly significant price tag. Higher trims like the Summit model start at a higher price than some SUVs’ fully-loaded price tag, and it’s not hard to get a V6 model’s price tag past the $50,000 mark

Aging: It’s comfortable and still good looking, but there’s no denying that the Grand Cherokee is starting to show its age. Rough roads make themselves known with a bumpy ride and plenty of noise. The interior materials, design, and features are subpar when compared to more modern rivals. It also makes a lot of noise under full throttle without doing much actual acceleration. 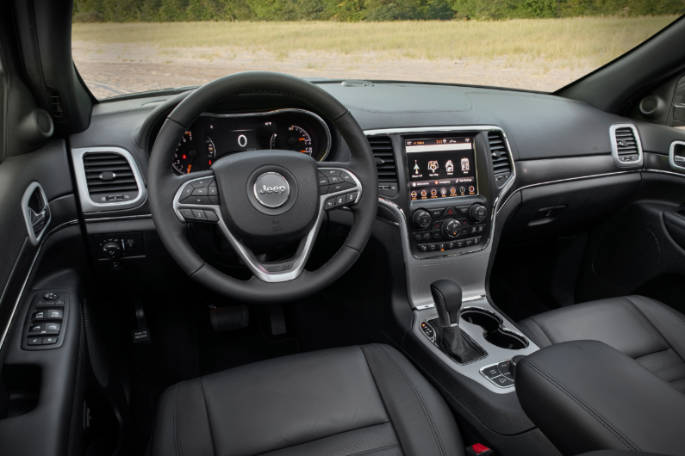 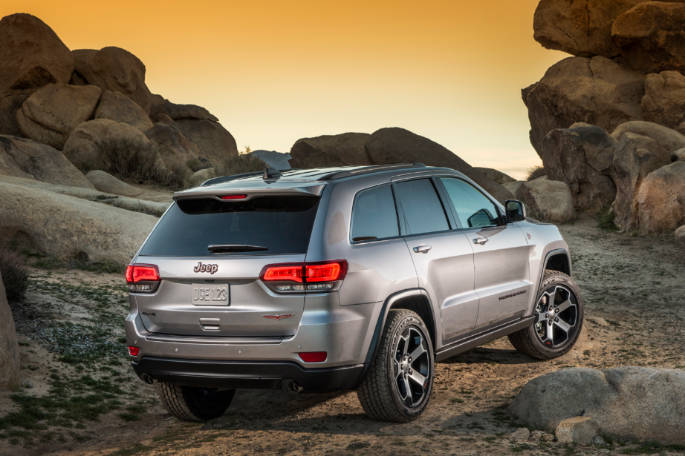 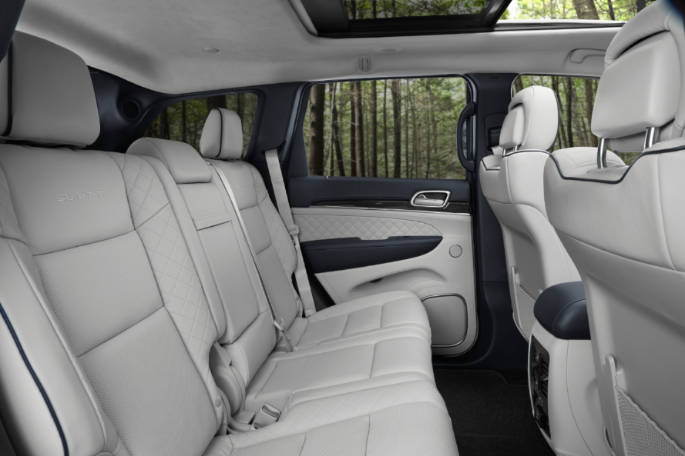 The Grand Cherokee Trailhawk has a starting price of $46,450 after destination and comes with a dual exhaust system, increased-travel suspension, a rear load-leveling package, 18-inch wheels with all-terrain tires, leather/suede upholstery, and heated second-row seats. Four-wheel drive is standard.

The Grand Cherokee Summit has a starting price of $53,490 after destination and comes with a Harmon Kardon 19-speaker audio system, adaptive cruise control, forward-collision warnings with active braking, and parallel/perpendicular parking assist.

Our money would buy the Jeep Grand Cherokee Overland, which gets the full suite of luxury equipment without the added price of the Summit model. The SRT and Trackhaw models are tremendously fun, but inefficient and overkill for daily driving. 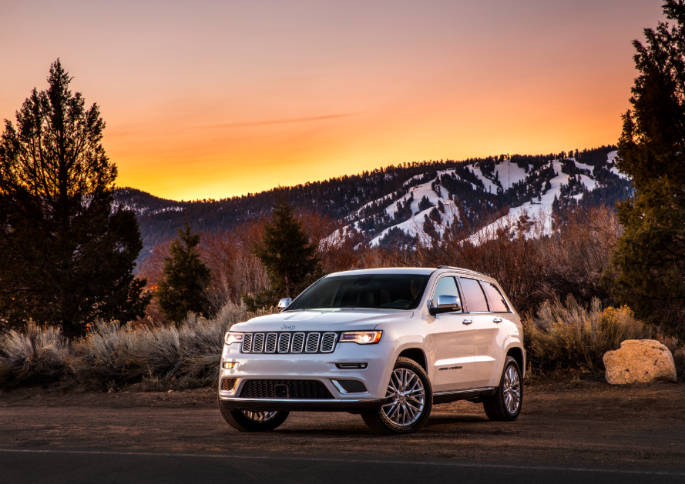 The Ford Explorer is all-new for 2020 with a revised rear-wheel-drive platform, new tech, and a muscular new look. The Explorer ST is edging on performance SUV territory, but prices climb quickly. Despite being all-new, the Explorer trails some of its rivals in terms of interior refinement and materials.

The Honda Passport was new for 2019 and uses electronic gadgetry to increase its off-road credibility. It won’t do heavy-duty off-roading, but to be fair, the Grand Cherokee doesn’t either. The Honda is capable enough to earn its place in the midsize SUV segment.