The classic MINI had been popular decades earlier, so it seemed fit to revive the small car. The reborn version was immediately popular with U.S. buyers, and the parent company BMW quickly moved to expand the Cooper model lineup to include numerous variants and body styles.

The MINI Hatch, known initially as the MINI Cooper and later as the Hardtop, with "Cooper" used across MINI model names, is also known as the MINI One or simply the MINI. The MINI brand is characterized by sporty handling and its firm ride. New MINIs retain their familiar family resemblance to the brand's original MINI front-wheel-drive car. 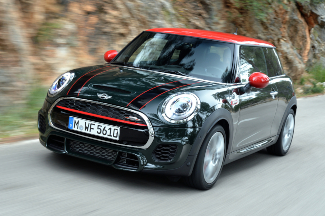 The third generation of the Cooper largely looks the same as the previous generation; however, six all-new engines were introduced and used in various third-generation models and included:

Two models of 1.2-liter three-cylinder petrol with either 75-horsepower or 102-horsepower.

A 1.5-liter three-cylinder petrol with 136-horsepower (this was the BMW B38 engine).

A 2.0-liter four-cylinder petrol with 192-horsepower upgrades the Cooper S.

Unfortunately, some of these new engines never sold in the U.S.A.

MINI continued to make upgrades to subsequent years of this generation. In 2015, some of the previously optional features became standard. In 2016, the Cooper achieved super ultra-low emitting vehicle status due to an upgrade of the base three-cylinder engine, one which didn't impact horsepower figures or performance.

The 2018 models added rear parking sensors and a rear-view camera as standard equipment.

The 2019 model adds some slight exterior updates, such as taillights with the Union Jack insignia integrated into their design but is otherwise the same.

The Gen3 Four-Door Hatchback represents a natural progression for the MINI brand as it takes the range closer to what Volkswagen offers with its four-door Golf hatchback.

The four-door 2022 MINI Countryman looks colossal when parked alongside the original MINI small car and leans more towards crossover than a compact car. The 2022 Countryman received only minor changes, and the new Boardwalk Edition was welcomed too.

The 2022 model year followed a laudable trend with its bigger and bolder grille. The 2022 Mini Cooper 3-Door comes complete with a large grille, a new lower front fascia, and other styling features. 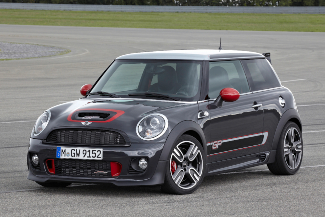 The second generation of MINI Cooper may not have looked much different from the first, but a completely new range of engines and a slight design tweak help tell them apart. This generation debuted in showrooms in 2007 and featured front lights in two sets of housings. The Cooper S model received a turbo for the first time, making it a sought-after new car.

2009 welcomed the R57 Convertible, sold as a base Cooper and Cooper S Turbo model with John Cooper Works variants.

The base model Cooper debuted a new British-built 1.6-liter engine with 118-horsepower, a slight upgrade over the previous generation. A five-speed manual and CVT automatic transmission remained the MINI's transmission choices.

The S version of the Cooper featured direct fuel injection and a twin-scroll turbocharger (rather than the earlier S model's supercharger), allowing it to get a slight boost in horsepower to 172. The S offered the same six-speed manual and automatic gearbox as before. The Cooper S used a turbocharged 1.6-liter four-cylinder engine (N14 model engine), which started in 2007. Later, in 2011, the N18 model replaced the N14 engine. The JCW model kept the N14 engine into 2012.

In 2011, the Cooper saw a light refresh with the addition of more colors, new wheels, more tech features, slightly more horsepower at 121, and slight revisions to the front and rear exterior. A six-speed manual transmission became standard, and a six-speed automatic was optional.

The second-generation welcomed the new MINI Clubman. The base Clubman Cooper and Cooper S Turbo model was the brand's way of exploring slightly larger models. The Clubman offered more passenger room in the rear seats, an extra "suicide door" on the passenger side, and barn doors at the back. The Clubman was, by all means, a successful introduction as it paved the way into the MINI Countryman and Paceman models. The 2015 model year replaced the Clubman with an even larger F54 Clubman station wagon-like MINI with four doors.

Gen2 also welcomed various changes to the MINI Hatchback. The MINI Hatch became a new car from top to bottom with added storage for the two-door hatchback. The Convertible Cooper S entered the second generation with new styling and engineering.

The MINI Coupe with its 2-door, 2-seat offering was introduced in 2011 along with the facelift on other Gen2 models. The S Coupe also came in a JCW variant.

The 2012 model year introduced the MINI Roadster with the same chassis code and wheelbase as the MINI Convertible and Hatch. The Roadster was a small car with just two seats and two doors. 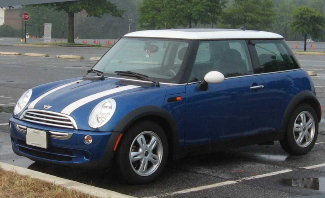 The base Cooper for this generation had a 1.6-liter Tritec engine built in Brazil with 115-horsepower. The base model offered a five-speed manual transmission and a CVT automatic transmission. Both helped give the Cooper top-notch fuel efficiency.

For this generation, the Cooper S model was a performance spec that included a small supercharger to bump the horsepower up to about 168. This version also had a six-speed manual transmission or a paddle shifter automatic. The S was a sharp handler and garnered many enthusiasts' appreciation for the fun drive it promised.

All MINI Coopers featured drive-by-wire electronic throttles instead of the standard mechanical control systems. The supercharger in the S trim left no room for the battery, so it was relocated to the back of the car, leaving no room for a spare tire. Therefore all S models had run-flat tires.