Automaker Nissan first manufactured the Sentra in 1982. The Nissan Sentra began life as a subcompact car before graduating to the compact category for the 2000 model year. Through the Sentra generations, the vehicle has gotten larger. Currently, it serves as Nissan's compact car despite being rated by the EPA as a mid-size car onwards from the 2007 model year. It competes against models like the Toyota Corolla, Honda Civic, Hyundai Elantra, Chevrolet Cruze, and Ford Focus. 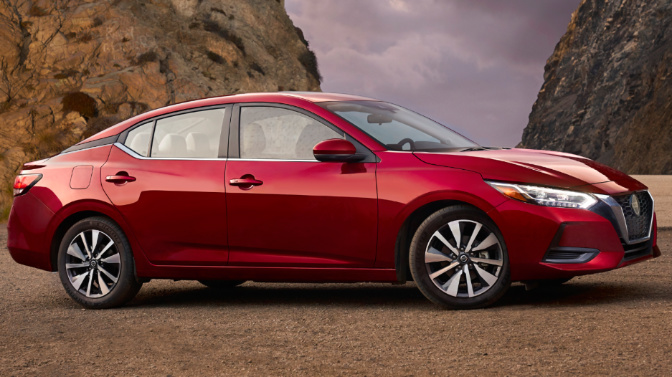 The eighth-generation Nissan Sentra emerged with a new look for the 2020 model year, and it welcomes an improved ride quality and a nicer interior. This all-new car comes with a naturally aspirated, 2.0-liter inline, 4-cylinder gasoline engine with an output of 149 horsepower. Powered by a standard Nissan X-Tronic CVT transmission, the eighth generation Sentra doesn't offer a manual transmission.

For this Sentra generation, the following trim levels are available, the entry-level Sentra S, Sentra SV, and Sentra SR.

The Sentra SV adds to the S features with sixteen-inch alloy wheels, Apple CarPlay, Android Auto, push-button ignition, and a six-speaker audio system. There is also an available SV Premium Package for additional features, such as a power moonroof.

The Sentra SR adds to the standard features of the Sentra SV with eighteen-inch aluminum-alloy wheels and all-new seats.

The 2021 model year's most notable change is that Apple CarPlay and Android Auto are standard features across all trim levels. 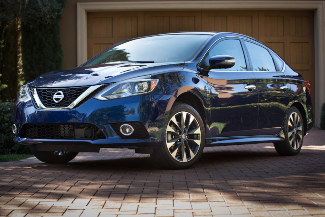 The newest generation of Sentra is now built on the Nissan V platform and remains front-engine, front-wheel-drive. Both the interior and exterior were redesigned with a modern, upscale look.

All trims come with a CVT except for the S base model and the performance-oriented NISMO, which both offer a six-speed manual transmission. 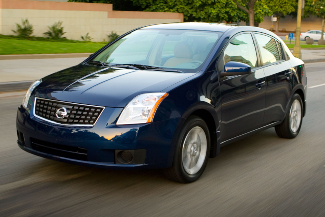 In the sixth generation, Sentra's 110 cubic feet of interior space made it technically a mid-size car in the eyes of the EPA though it continues to compete in the compact sedan segment. The growth allowed for room in Nissan's lineup for the new Versa subcompact model below the Sentra.

This model was bigger in nearly every way than the previous generation and featured a wheelbase nearly six inches longer.

Most models in this generation came with a 2.0-liter, four-cylinder engine that made 140 horsepower and a CVT automatic transmission.

The performance-oriented SE-R and Spec V models used a larger 2.5-liter four-cylinder engine that made 177 horsepower and 200 horsepower, respectively. These models also had upgrades to their suspension, brakes, and interior and exterior trim. The SE-R continued to use a CVT while the Spec V swapped in a six-speed manual transmission.

2010 saw a mid-generation refresh with a revised exterior and upgrades to the interior, including a revised audio system and navigation system, optional backup camera, and USB ports. 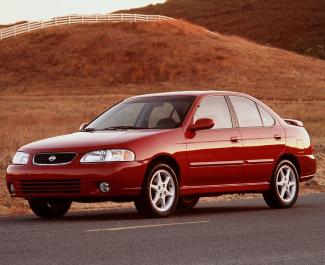 This was the first generation Sentra to be formally classified as a compact car when it launched as a 2000 model. The redesign gave the entire model a more substantial presence to coincide with its growth and set it apart from previous economy car designs. Previously, the compact class was occupied by the Nissan Altima, but this model moved to the mid-size class later in 2001.

This generation was built on the Nissan MS platform and remained a four-door sedan only.

The fifth generation introduced a new model, the SE-R Spec V, a more performance-orientated sporty version of the Sentra. The engine featured in this particular model was originally created for its sibling, the Nissan Altima. The SE-R Spec V came with Nissan Skyline-inspired racing seats and a thick leather-wrapped steering wheel.

Nissan refreshed the Sentra for the 2004 model year that featured mild interior and exterior design changes. 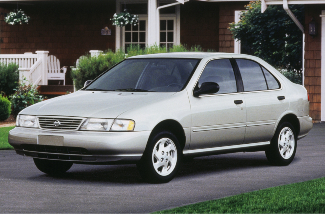 The fourth-generation Sentra dropped the coupe model and came in a sedan only.

Most models came with a 1.6-liter, four-cylinder engine with 115 horsepower output and a five-speed manual or a four-speed automatic transmission. These engines were notable in that they came with timing chains rather than timing belts; the switch was aimed at improving reliability and durability.

SE and SE-R models had a 140-horsepower, 2.0-liter four-cylinder engine. Several trims were available in this generation. The base, XE, SE, and GXE were carried over; a GLE and SE Limited were added.

For the 1998 model year, the SE sedan received performance parts, less the limited-slip differential. The GXE was also upgraded and featured 14-inch alloy wheels, while the GLE came with 14-inch wheels. The SE and Special editions, together with the 200SX SE-R, came with 15-inch alloy rims. 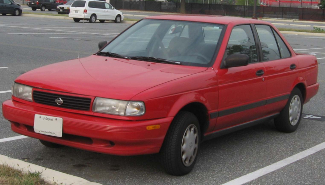 The third generation featured a standard 1.6-liter, four-cylinder engine, which produced 110 horsepower and 108 pound-feet of torque. It was the standard engine across all trims, including the base, E, XE, SE, and GXE.

The GXE model came with a power package, which included power locks, mirrors, and windows. The XE, SE, and SE-R came with standard or optional sunroof and alloy wheels.

The body style choices for this generation were narrowed down to a two-door coupe or four-door sedan (wagon and hatchback models were dropped), and it was still built on the Nissan B platform. Four and five-speed manuals and three and four-speed automatic transmissions were available. The sporting coupe version was replaced during the third generation by the Nissan NX.

The 1992 model year added a Value Option Package which featured air conditioning, cruise control, and a stereo system. This option was extended to the SE trim levels.

A facelift for the 1993 model year included interior updates, a standard driver's airbag for the GXE, and optional across other trims. This was also the generation when the Sentra SE-R was introduced, which included a 140 horsepower engine. 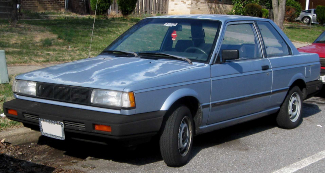 The second generation of Sentra did not appear in the U.S. until 1986 for the 1987 model year. It offered a 1.6-liter engine with 69 horsepower paired with a five-speed manual transmission.

As with its predecessor, this Sentra came in various body styles, including a two-door coupe, a sedan, a four-wheel-drive five-door station wagon, and a hatchback. The latter two body styles used an E16i engine with 70 horsepower paired with a five-speed manual transmission.

In 1986, the three-door hatchback body style was added to the production line in the U.S. Following soon after, in January 1987, the station wagon body style was also locally produced.

By 1988, all Sentras began using this engine. In 1989 and 1990, the engine was a 90 horsepower 1.6-liter four-cylinder engine. The 1989 model year saw mild updates to the exterior design and subtle changes to the interior. 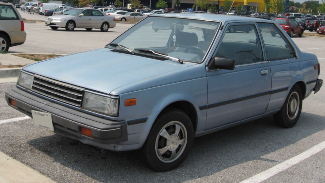 The first generation Sentra was introduced to replace the Datsun 210 in the U.S. It was available in four different body styles, including a two-door coupe, four-door sedan, five-door wagon, and a three-door hatchback coupe.

The Sentra was the second car to be marketed in the U.S. under the nameplate of its automaker and using a model name instead of a number.

The EPA rated Sentra with the best fuel economy at the time of its release. It got 43 mpg in the city and 58 mpg on the highway. Its light curb weight of a mere 1,875 pounds helped its fuel efficiency.

In 1985, Nissan began production of the Sentra in the Smyrna, Tennessee plant. The only body style manufactured in the U.S. was the two-door sedan. The 1985 model year also introduced some minor exterior changes, including a new grille and blackwall tires, and the sporty trim level, the Sentra SE, was welcomed. The diesel engine was discontinued in the U.S.