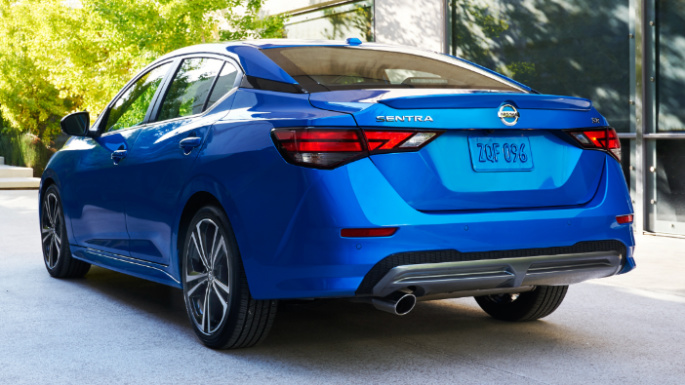 The newest model in Nissan's 38-year-old line of compact and subcompact sedans, the 2020 Nissan Sentra ushers in the eighth generation with a new platform, athletic styling, and a 2.0-liter, four-cylinder engine paired with a continuously variable transmission.

Competing in the same segment as the Hyundai Elantra, Toyota Corolla, Mazda 3, Honda Civic, and many other popular cars, the Sentra provides a suite of fresh amenities, including the Nissan Connect infotainment system and Safety Shield 360 safety feature package.

TLDR: Featuring more athletic styling than the previous generation, the Sentra also has a light curb weight and low center of gravity. 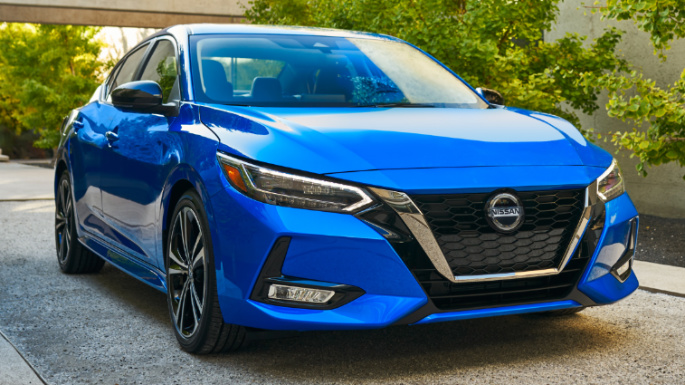 The current Nissan Sentra is two inches lower and two inches wider than the previous model, with a sleeker, sportier, more flowing form, which reviewers have described as "athletic." Whatever you call it, this sedan's looks are a big improvement over the outgoing model's appearance.

Compared to the 2019 Sentra, the new model also has a more noticeable beltline, a more horizontal face, narrower headlights, a more dipped hood, lines on the hood and sides, a roofline that tucks more neatly into the rear, and larger haunches above the wheels.

With its new platform, the Sentra now more closely resembles its larger cousins, the Altima and Maxima. The Sentra's fog lights are deeply recessed into its lower grille, and some trim levels boast a floating black canopy as well.

Three two-tone paint options are available: white, orange, and gray. In addition, you can buy 16-, 17-, or 18-inch alloy wheels.

TLDR: The new Nissan Sentra offers a cozy, satisfying interior with plenty of perks, such as a push-button start and cruise control. 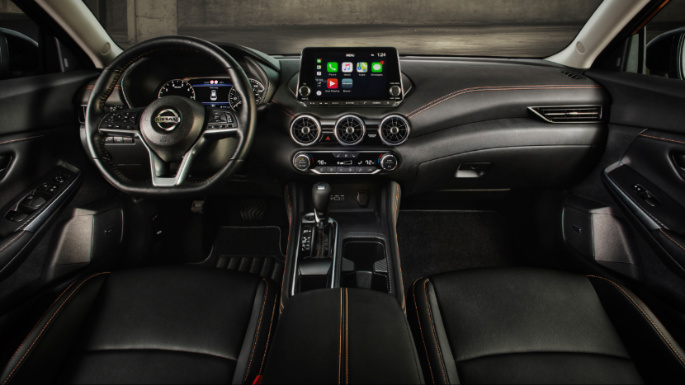 This Sentra's interior is a big step up compared to the earlier one. In addition to more organized controls, this vehicle has a tidier, more stylish interior, with comfortable bucket seats and an ergonomic steering wheel. You can also add quilted leather to the seats and a flat-bottom steering wheel to the vehicle.

However, some critics found that much of this new car's interior, including the center console and door-bottoms, feature hard, cheap-looking plastics. In addition, there are no rear air conditioning vents. 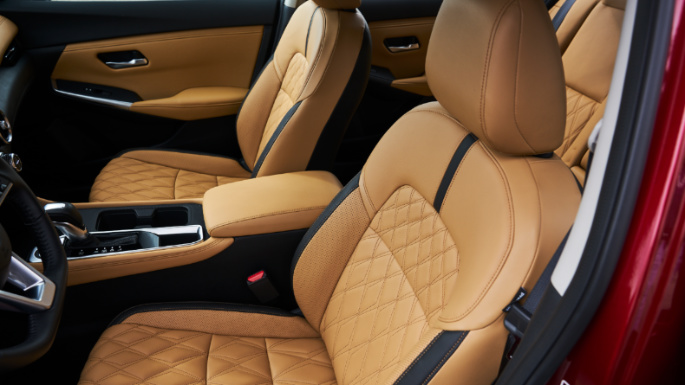 Nissan's optional Zero Gravity seats are available for an extra fee, giving passengers a pleasant sense of weightlessness. A large glove compartment and center console bin make storage hassle-free, as do the generous storage pouches in the doors, armrests, and elsewhere.

TLDR: The Nissan Sentra isn't designed with heavy hauling in mind, but it can still carry a decent amount of cargo for a compact. 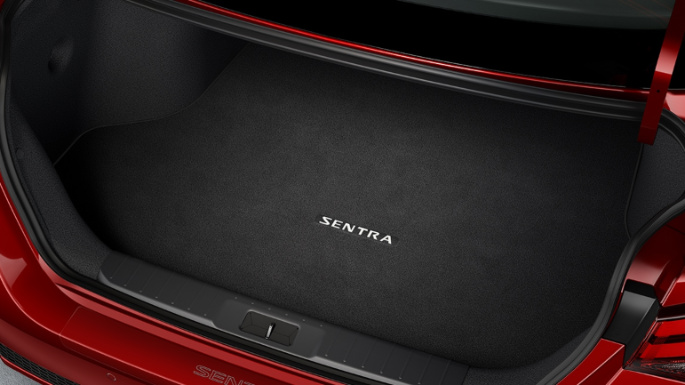 For its class, the new Sentra has a reasonable amount of cargo space, with a total trunk space of 14.3 cubic feet, or roughly enough for five grocery bags. That's 0.8 cubic feet less than its main rival, the Honda Civic, and inferior to the Volkswagen Jetta and Mazda 3's cargo space as well, but it's more than many other compact vehicles offer.

A low liftover makes moving cargo in and out of the trunk easy. In addition, you can fold down the 60/40-split back seats for extra room, if necessary.

Like most compact sedans, the Sentra isn't designed for heavy-duty towing or hauling. It doesn't come with a roof rack, power liftgate, or cargo tie-downs.

TLDR: In addition to its infotainment touchscreen, the new Sentra has plenty of technological amenities to make your ride enjoyable. 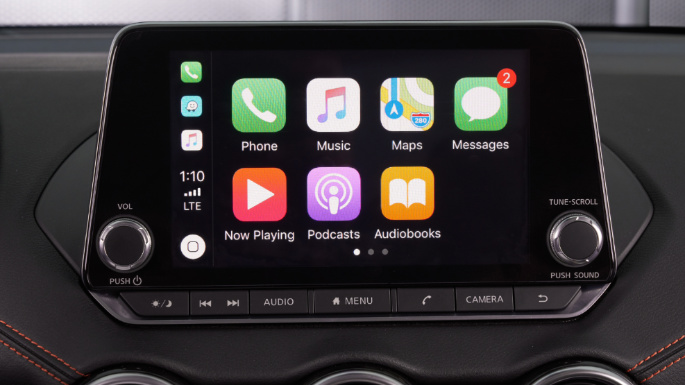 Like most of its competitors in the compact sedan market, the Sentra comes with a host of tech features. The Nissan Connect touchscreen infotainment system occupies the dashboard, allowing for easy control of the radio station, audio volume, and temperature, among other things. Although this color touchscreen is only seven inches in base models, higher trims enjoy an eight-inch screen.

The touchscreen was found to be better than the Toyota Corolla's Entune system but worse than the Honda Civic's system. Some critics felt that the screen can be unresponsive, forcing drivers to touch it several times to initiate commands.

The Nissan Sentra SR model comes with an eight-speaker Bose sound system for even better acoustics.

TLDR: On top of its ten airbags and Safety Shield 360 safety feature package, this sedan comes with a competitive warranty and projector LED headlights. 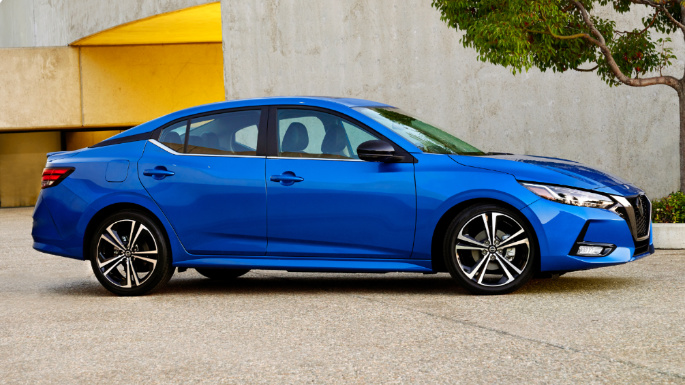 The IIHS labeled the 2019 Nissan Sentra a Top Safety Pick, while the NHTSA granted that vehicle a safety rating of four out of five. It is highly likely that this new Sentra fairs well in all major crash tests.

The new Sentra comes standard with a limited three-year/36,000-mile warranty and a five-year/60,000-mile powertrain warranty for peace of mind. However, Nissan doesn't offer any free scheduled maintenance, unlike many rivals. Toyota, for example, offers free maintenance for the first two years or 25,000 miles.

The vehicle also comes with ten airbags, brake assist, antilock brakes, electronic stability, and traction control, and a reminder to check the back seat for children before leaving the vehicle. There are even projector LED headlights and an electronic brake-force distribution system.

Unfortunately, unlike the Altima, the Sentra doesn't come with Nissan's ProPilot driver-assist features, such as adaptive cruise control and lane centering.

TLDR: The Sentra handles well on the road, though its engine could be more powerful and its transmission more responsive.

Boasting Nissan's Xtronic D-Step continuously variable transmission, which only sends power to the front wheels, the Sentra's powertrain is respectable, though there are complaints that the CVT is unresponsive and produces a shrill sound when you accelerate from a standstill. The CVT has stepped ratios to create the illusion of an automatic transmission, and each step shoves the vehicle forward a bit.

Despite gaining power over its predecessor, this new Sentra still can feel lukewarm when you push it on the highway or onramp. In testing, the Sentra reaches 60 mph in 9.2 seconds.

Others point out that many rival compact cars have turbocharged engines capable of much more heft than Nissan's new engine, though they concede that the vehicle is formidable once up to speed and can easily overtake other cars.

A rack-mounted, dual-pinion electronic power steering system ensures that the driver feels in control at all times and can make seamless turns even on twisty roads. The vehicle's multi-link independent rear suspension and lower center of gravity also contribute to its pleasant handling.

The Sentra has two additional features to smooth out your ride: Intelligent Ride Control, which levels out drainage dips, and Intelligent Trace Control, which employs brake-based torque vectoring. When it comes to braking, the Sentra can slow from 70 mph to a standstill in just 170 feet, which isn't bad.

TLDR: A little below average in fuel efficiency, the Sentra still gets good mileage for a car.

Thanks to its new engine, the Sentra's fuel efficiency is better than that of the previous model. The base trim can get 39 mpg on highways and 29 mpg on city roads for a combined 33 mpg, according to the EPA, with the Sentra SV achieving 32 mpg combined despite the same highway and city mileage.

The Nissan Sentra SR trim, by comparison, gets 37 mpg highway and 28 mpg city. However, most rival sedans do even better. The Mitsubishi Mirage gets 39 mpg combined, while the Toyota Corolla, Hyundai Elantra, and Honda Civic get 35 mpg combined.

TLDR: Ranging in price from about $19,000 to $22,500, the three Sentra trim levels available come with optional packages to make your driving experience even better.

Three trim levels are on offer for the Nissan Sentra.

The base trim, or Nissan Sentra S, starts at $19,090 and includes most of the technological amenities and safety features available for this compact sedan, such as the automaker's Connect touchscreen infotainment system, high beam assist, automatic emergency braking, and lane departure warning. The Sentra S also includes 16-inch steel wheels, a four-speaker audio system, push-button start, cruise control, and much more. With its CVT transmission, the base model, like every other trim, only has front-wheel drive.

The SV trim, featuring an MSRP of $20,270, has all the features of the Sentra S along with standard projector LED headlights, a larger touchscreen, heated outboard mirrors, a power driver's seat, and more. You can also buy the SV Premium Package, which comes with extra perks, such as a 360-degree camera system and a heated steering wheel. The SR also sports a V-motion front grille.

Finally, the Sentra SR ($22,355), the highest trim level available, includes most of the features available in the S and SV as well as LED fog lights, 18-inch rims, and a few other flourishes. The Sentra SR Premium Package offers three extra conveniences: an auto-dimming rearview mirror, the Nissan Around View monitor, and an eight-speaker Bose audio system.

Should you buy the new Sentra? All in all, it's a pretty good deal, with an attractive styling, comfortable interior, excellent driving experience, and a wealth of safety features. 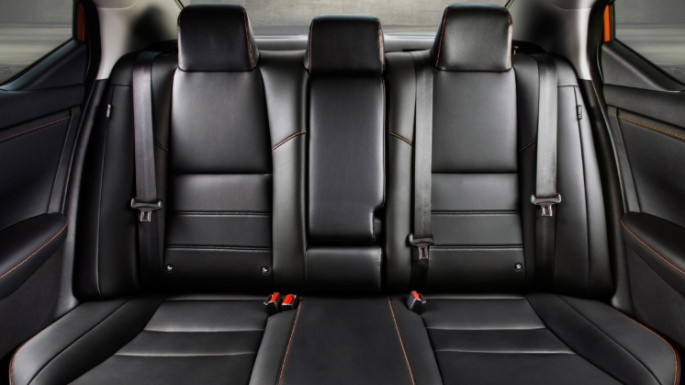 Many feel that the SV with a Premium Package gives you the best bang for your buck, and people are apt to prefer the SV's comfortable ride over the SR's sportier one. The SR's worse mileage is another point against it.

In terms of pricing, the Sentra sits roughly in the middle of the market, alongside the Honda Civic and Toyota Corolla. 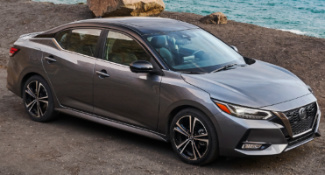 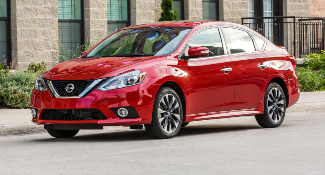 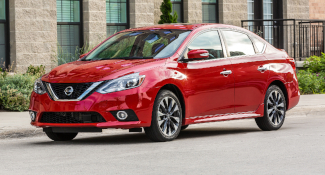