Would we buy one? At the right price.

A turbocharged 1.6-liter four-cylinder with 188 horsepower and 177 lb-ft of torque.

The Insurance Institute for Highway Safety (IIHS) the 2018 Nissan Sentra was awarded a Top Safety Pick designation, with the top Good ratings in all crash-test categories and Superior scores for the car's optional vehicle-to-vehicle front crash prevention systems. The National Highway Traffic Safety Administration (NHTSA) awarded it four stars overall out of a possible five.

Available driver assistance technology includes automatic emergency braking, adaptive cruise control, blind-spot monitoring, and rear cross-traffic alert. Some competitors offer these features, but not all. While they're only available on some Sentra models, they're well worth seeking to make one of the safer cars in the class better.

The Sentra's MSRP starts at bargain-basement levels and stays consistent with its rivals, even when adding equipment and trim levels. Base Sentras have standard cloth upholstery and the essential conveniences, but the leather-upholstered models and sporty NISMO model make the car considerably more desirable.

Even with an affordable new car price tag, most of the Sentra's competition offers more compelling lists of standard features, better build quality, and more engaging driving experience. That can make the Sentra a hard sell, even at a low price.

Nissan improved the Sentra's driver assistance technology, but it's still an added cost over the base models. That can make Sentra buyers feel like they're being nickel and dimed at every turn with the car. That's even before design and quality are taken into account.

Even though the Sentra offers much of what rival compact sedans do in the way of technology, the execution isn't as slick as newer models that have larger touchscreens, Apple CarPlay and Android Auto compatibility, and available wireless charging pads. And cars such as the Chevrolet Cruze, Hyundai Elantra, and Kia Forte offer far superior infotainment systems that are brighter and easier to use.

The Sentra comes good on space. It has a larger trunk and more usable cargo space than its competition. Back seat occupants benefit from 37.4 cubic inches of legroom and almost 51 inches of hip room. That's better than its rivals and enough for two average-sized adults to slide comfortably into the back bench seat. The Toyota Corolla and Volkswagen Jetta are the class leaders for spacious and airy interiors. Still, the Sentra is up there with them in providing better-than-expected room for a compact sedan.

Creative and thoughtful touches like large cupholders make the Sentra easy to live with daily. But center console storage is adequate but nothing to write home about. The Sentra's failing here is that there isn't much storage space to put keys, wallets, or phones. The Honda Civic, for example, is better in this regard with generous console space.

While it was updated a couple of years ago, the Sentra isn't the most radical sedan in terms of styling. Some of that is because of the Nissan's spacious interior. But models such as the Mazda3 offer superior detailing and look more expensive than they are.

Inside, the Sentra is still let down by materials that are just ok. Even though fit and finish are generally good, the plastics look cheap, and the ambiance is dated. Again, the Mazda feels the most premium, while the Honda sports a more radical design, and the Toyota and VW offer simple controls.

Performance, or the lack thereof, is a headline for the base Sentra line. Acceleration is near the bottom of its class and takes nearly 10 seconds to reach 60 mph with either the six-speed manual or continuously variable transmission. The Sentra SR Turbo and NISMO models are much more energetic with their 188 horsepower, but not much better than a Civic with its 177-horsepower turbo engine.

The Sentra's suspension is set up for comfort but still manages its body roll to keep things tidy when the roads become curvy. Steering is nicely weighted and avoids the overly assisted feel that some of its contemporaries suffer from. But the Sentra still feels numb to drive, not helped by the steering or even the large wheels on the NISMO model. A Ford Focus or Mazda3 is much more engaging to drive.

Engine and road noise is also a Sentra sore spot, especially on models with the base engine. It works hard to keep up to speed, and under hard acceleration, the transmission and engine make themselves known.

Sentra models with the standard engine are competitive with equivalent competitors. But turbocharged models with power closer to the SR Turbo and NISMO exceed that. 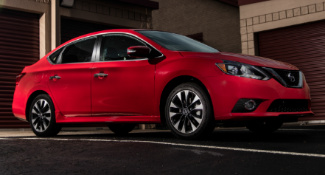 2018 Nissan Sentra Review
Chris Teague | Aug 08, 2020
The Nissan Sentra comes out of the box as a basic budget sedan, but added-cost upgrades make it far more appealing for most buyers. More ... 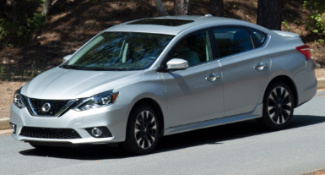