The teardrop-shaped Porsche 911 is one of the best-selling sports cars of all time, with over a million sold worldwide – and counting. Porsche has built this two-door rear-engine, high-performance fastback for decades and it's been raced just as long by some of the world's most accomplished professionals. Often imitated and benchmarked by rivals, the 911 and its timeless silhouette have spawned numerous versions and generations since first hitting the market in 1963. 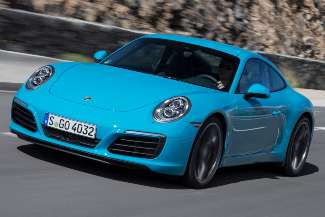 This generation of 911 was built on a new platform with a wheelbase 3.9-inches longer than its predecessor and an overall length that was 2.2 inches longer.

Subtle design changes such as a slightly reduced roofline arch to accentuate the taper from front to rear and the front wings in which the headlights sit were situated higher than the lid.

Porsche subsequently released other 911 models with more powerful engines including the Turbo and Turbo S, GT3, GT3 RS, GT2 RS and R models. It also makes convertible and targa-top models of the base Carrera and Carrera S.

In 2016, Porsche updated the 911 with subtle tweaks to the taillights and interior upgrades (primarily the infotainment screen). The bigger news was the new base engines Porsche introduced for 2016. The automaker swapped out the two naturally-aspirated six-cylinder units in favor of one turbocharged engine: a turbocharged 3.0-liter six-cylinder. The switch marked the first time a turbo engine was standard in the base 911 models.

In the base Carrera, this turbo made 370 horsepower; in the Carrera S it was tuned to make 420 horsepower. 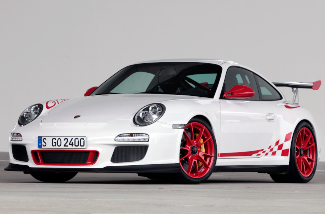 This model fixed the controversy of its predecessor by returning the 911’s headlights to their conventional oval shape.

Direct fuel injection made its debut in 2008 in both the 3.6 and 3.8-liter engines along with a double-clutch seven-speed transmission. There was also a revised suspension, LED tail-lights and turn signals, and new options included touch-screen navigation as well as Bluetooth.

Later Porsche released the GT3 version with a 415-horsepower, 3.6-liter, naturally-aspirated engine. The limited-production GT3 RS used the same powertrain as the GT3 (with minor modifications) but was set up for the track primarily. A later version swapped out the 3.6-liter unit for a 3.8-liter boxer six-cylinder while a final GT3 RS 4.0 version used a larger 4.0-liter engine that made 500 horsepower.

Subsequently, Porsche launched the 997 GT2; at the time it was the most powerful and fastest road-going 911 to have been sold to the public. It used a rear-wheel-drive setup and a 3.6-liter twin-turbo six-cylinder similar to the one in the Turbo and Turbo S models.

The GT2 RS was an even faster iteration of the GT2 and featured significant weight-savings over its GT2 sibling.

Later in the 997 generation's lifespan, Porsche introduced a refreshed version that was highlighted by the arrival of the Porsche Doppelkupplung (PDK), a dual-clutch automated transmission lauded for its ultra-fast and smooth shifts. 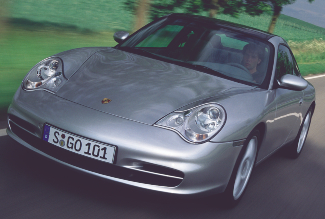 This 911 was significant in the sports car's history for its switch from air-cooling to water-cooling.

The base model had a naturally-aspirated flat-six 3.4-liter, rear-wheel drive, six-speed transmission and a multi-link rear suspension. This model’s new headlight shape deviated from the long-standing tradition of slightly ovoid headlights, setting off a minor controversy among 911 purists that Porsche later corrected with the 997 generation.

An all-wheel-drive version later returned to the 911 lineup, and in 2002, the Targa model featured a large sliding glass roof. The GT2 was a 489-horsepower trim that could hit 60 mph in 3.9 seconds; it was also the first car to have standard ceramic brakes. The GT2 and GT3 were both six-speed manuals. 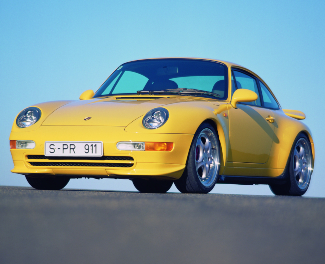 Representing the last of the air-cooled 911s, this version (known to fans as the 993) is now highly sought after by collectors who prize its more traditional engine cooling method.

The 993 had a more streamlined look with redesigned front headlights and an aluminum subframe.

The base trim’s 272-horsepower flat six engine weight was 14 pounds lighter than its predecessor.

The Carrera 4S and 2S models had a 285-horsepower, six-cylinder boxer engine and a six-speed manual transmission (although an automatic option was available).

In 1995, a Turbo version was released, with a twin-turbo engine that delivered almost 400 horsepower. This car also featured permanent AWD and innovative hollow-spoke aluminum wheels. 1997 brought a rare, more powerful Turbo S model with a larger spoiler. Another rare model was produced in 1997: 57 GT2s with 430 horsepower, capable of going from 0-60 in four seconds. 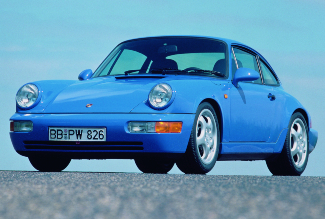 The chassis underwent a complete redesign, with a naturally-aspirated 250-horsepower, 3.6-liter boxer engine. 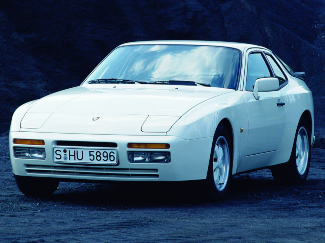 The longest-running generation of 911 was the G-Series, built in numerous iterations and eras that included Coupe, Targa, and Cabriolet models. This generation sold nearly 200,000 cars.

In 1983, Porsche introduced the first true 911 convertible (or cabriolet); it proved immensely popular and a convertible version of the 911 has been offered ever since.

This was also a period when Porsche was seriously considering discontinuing the 911 model altogether in favor of what it viewed were more modern front-engine models, the 944 and the 928. Ultimately, owing to the 911's continued popularity, Porsche decided to keep the 911 in its lineup (and it would later discontinue both the 944 and 928). 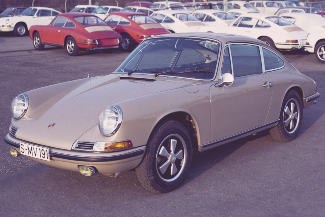 The original Porsche 911 series was a four-seater that offered five air-cooled engine configurations which ranged from 2.0 to 2.4 liters and produced between 128 and 190 horsepower.

It was also during this generation that the first Targa 911 models were introduced featuring a removable roof panel (Porsche released this model instead of a convertible because they were worried the U.S. government was going to outlaw convertibles altogether).