The Chevy Camaro is one of the classic American muscle cars that has endured through several generations. It briefly stopped production between 2002 and 2010; the car is now in its sixth generation. 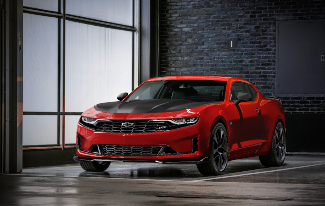 The newest generation of Camaro was introduced in 2015 for the 2016 model year. It offered LT and SS models and three engine choices, including the turbocharged 2.0-liter inline-four, a 3.6-liter V6 and a 6.2-liter V8.

This generation of Camaro received Motor Trend's Car of the Year award for 2016.

For 2017, the 1LE package was added. This add-on -- available on both V6 and V8 Camaros -- boosted the car's handling and track prowess.

For 2020, Chevy yet again updated the Camaro, responding to widespread criticism of the exterior tweaks it made in 2019. The exterior was again tweaked, giving the car a cleaner, more streamlined look. A cheaper version of the V8 model was created, and the 10-speed automatic gearbox was made available on all V6 models. 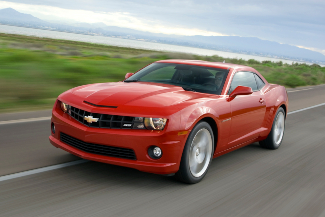 After being off the market since 2002, Chevy resurrected the Camaro in 2010, giving it an entirely new exterior design that took cues from the first generation. The new model featured the same slightly curved front grille with circular headlights located inside the grille. The body took on a beefier, boxier shape that contrasted heavily with the last two generations' sleeker appearance.

For 2010, three trims were offered in the LS, LT and SS. The first two trims featured a 3.6-liter V6 and either a six-speed manual or six-speed automatic transmission. The latter included manual shift capability. The SS version came with a 6.2-liter V8 and a six-speed manual. An automatic SS was also available, but the horsepower was slightly reduced to 400 from 426. The new generation of Camaro was widely praised by the press, including a World Car Design of the Year Award.

The 2014 Camaro model year tweaked the body style slightly and reintroduced the Z/28 model from the first generation, which featured a 7.0-liter V8 engine that put out 505 horsepower. 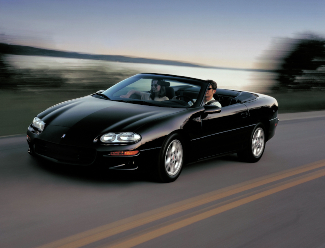 This generation of Camaro was offered in both a two-door coupe and two-door convertible body style. The latter of which was introduced in 1994 as a full option rather than the special edition from the previous generation. The exterior was substantially redesigned: the front end was both wider and sleeker, with more slanted headlight holes. The rest of the body morphed into more rounded curves versus the boxy lines of the previous generation. 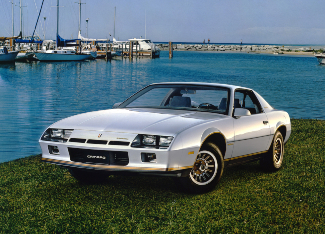 Chevy gave the third-generation Camaro a thorough exterior redesign, one that was much more extensive than the previous two. The front grille disappeared completely, replaced with two rectangular headlight holes featuring two lights in each one. The car took on a wider appearance, but it was actually around 500 pounds lighter than before. This was also the first generation to offer fuel-injected engines. The main engine choices were between 2.8- and 3.1-liter V6 engines and a 5.0- or 5.7-liter V8.

Transmission choices included a four-speed automatic or five-speed manual. In 1987, a convertible body style was offered again as a special edition, which hadn't been the case since 1969. 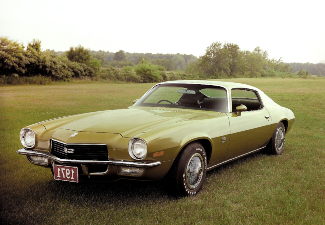 The second generation of Camaro lasted much longer than the first. Chevy redesigned the exterior to feature a longer and wider body as well as a different grille. The headlights remained circular but they were located outside of the grille rather than on it. This generation continued to offer both inline-six and V8 engines, but in 1980 a 3.8-liter V6 engine was offered for the first time. The body style changed slightly nearly every year in this generation, but the most significant visual change happened in 1979: the car took on a distinctly more modern look with ground effects in the front, a streamlined body and a prominent spoiler. 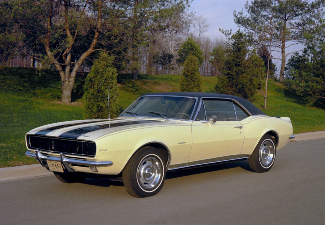 The first generation of Camaro only lasted through three model years before being redesigned. It was offered as a two-door coupe or convertible and either featured a 3.8-liter inline six-cylinder engine or one of five different sized V8 engines, with the biggest being the 6.5-liter version. Three editions were offered during this generation, including the standard, Super Sport and Rally Sport. The body style of this generation eventually became the inspiration behind the fifth generation redesign.