Powertrain: The base engine comes with a 5.3-liter V8 engine with 355 horsepower and 383 lb-ft of torque, as well as a six-speed automatic transmission.

An optional 6.2-liter V8 engine gets 420 horsepower and 460 lb-ft of torque, and it comes with a 10-speed automatic transmission.

All trims come standard with rear-wheel-drive, but you can add all-wheel-drive for $3,000.

All trim levels of the 2020 GMC Yukon XL come with front and rear parking sensors, a rearview camera, and a Teen Driver system that lets parents lock in the vehicle's radio volume and driving speed.

Although the Insurance Institute for Highway Safety hasn't crash-tested this full-size SUV, the National Highway Traffic Safety Administration gave it four stars out of five for overall safety. The side-crash test received five stars, while the rollover and front-crash tests received three and four stars, respectively.

Some of the new GMC SUV's rivals include the Chevrolet Tahoe, Ford Expedition, and Cadillac Escalade. Compared to other SUVs in this market, most reviewers consider the Yukon XL's lower trims a good deal while lamenting the GMC Yukon XL Denali's high pricing.

GMC offers two standard warranties for the 2020 Yukon XL: a powertrain warranty good for five years or 60,000 miles and a limited warranty good for three years or 36,000 miles. Also, owners are entitled to one free scheduled maintenance visit during their first year of ownership. That's less than many other manufacturers offer.

The GMC Yukon XL enjoys a maximum towing capacity of 8,500 pounds, higher than most competitors.

This large SUV looks almost identical to the previous model year, with handsome and aerodynamic styling. The cabin's styling looks just as sharp, and reviewers praise the interior for minimal noise and high-quality materials.

In the SLT and Denali trims, all seats are heated, ventilated, perforated, and leather-trimmed for maximum comfort. These trims also have leather-wrapped and heated steering wheels.

You can also get a Bose CenterPoint Surround Sound 10-speaker audio system for the Yukon XL Denali.

Two powertrains are available. Mated to a six-speed automatic transmission, the standard engine is a 355-horsepower, 5.3-liter V8 engine capable of 383 lb-ft of torque. An optional 6.2-liter V8 engine boasting a 10-speed automatic transmission pulls 420 horsepower and 460 lb-ft of torque. Rear-wheel-drive comes standard, but all-wheel-drive is on offer.

This SUV handles well, according to several reviewers who took it for a test drive. Acceleration is smooth, and the brakes are responsive. A Magnetic Ride Control suspension system keeps the ride steady despite bumps in the road. The Yukon also handles corners well despite its bulk.

According to the EPA, the 2020 GMC Yukon gets 15 mpg on city roads with rear-wheel-drive and the standard powertrain and 22 mpg on highways for a combined 18 mpg. 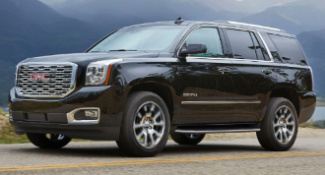 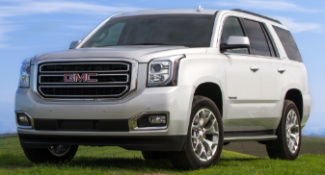