The Ford Escape is a compact crossover that has been around for nearly twenty years. Originally sold alongside the now-discontinued Mazda Tribute, the Escape outlasted its twin and has become Ford’s most popular non-truck vehicle.

Within Ford’s lineup, the Escape is larger than the subcompact EcoSport but smaller than the premium Edge and the three-row Explorer and Expedition SUVs.

The Escape is available in five trim levels: S, SE, SE Sport, SEL, and Titanium. The new Escape is lower, wider, and longer than the outgoing model. The grille and front fascia are prominently shaped and help the Escape stand out in a crowd.

Both engines’ power output is rated using 93 octane (premium) fuel. When properly equipped, the Escape can tow up to 3,500 pounds as well.

These engines are both paired with an eight-speed automatic transmission; on the 2.0-liter turbo, the gearbox also has paddle shifters for manual control.

A head-up display is available for the first time, as is a 12.3-inch fully digital instrument cluster. The Escape can also be equipped with active parking assist and evasive steering assist, both of which Ford says are first-in-class features.

Roomy: The new Escape has sliding rear seats and up to 37.5 cubic feet of cargo space, which is enough for a full-size dog crate or four large golf bags. The interior feels spacious and airy, with plenty of head and legroom for four full-size adults. Headroom is generous, and with the available panoramic roof, the cabin seems much larger than it actually is. The rear seat will present no problems loading and unloading child seats as well, made even easier by large rear door openings.

Smart: Standard advanced driver assist systems like Ford’s Co-Pilot360 are a welcome addition to any vehicle, especially when they’re included in every trim level. The system includes automatic emergency braking with pedestrian detection, blind-spot monitors, lane-keep assist, post-collision braking, automatic high beams, and a backup camera. In our testing with the Titanium trim’s available features, the lane centering and stop-and-go traffic assist worked well, helping us navigate rush hour traffic on a busy highway with relative ease. Ford’s SYNC 3 infotainment system is also one of the best in the business, with responsive actions, colorful menus, and an intuitive setup. We only wish adaptive cruise control was made available on all trim levels, as is the case with many of the Escape’s competitors.

Comfort: The Escape was designed for comfort, not performance, and that’s a good thing for its target audience. The seats are wide and soft, almost to a fault, and the interior has soft-touch materials where it matters. The suspension does its job well, soaking up all but the worst of what the road has to offer, and the choice to go with a slightly smaller wheel with more tire improves the ride even more.

TLDR: Gets pricey in higher trims, is a little noisy inside and a little hard to see out of.

Noise Level: This is a small fault, but one worth mentioning. At highway speeds, there’s a noticeable amount of wind noise that seeps into the cabin, and small bumps make themselves known. Though you’ll be comfortable, you’ll still hear too many of the road’s imperfections. It’s not unbearable by any means, but it’s there.

Costly: In higher trim levels, the Escape can hit the $40,000 mark. That number puts it awfully close to many premium brands’ starting prices, which could push many buyers toward a more luxurious choice. It’s true that many competitors’ vehicles reach similar prices, but at that level the value proposition starts to become cloudy.

The Escape SEL starts at $30,450 including destination and includes a hands-free liftgate with foot activation, 18-inch wheels, memory seats and mirrors, a reverse sensing system, a heated and leather-wrapped steering wheel, remote start, and fog lights.

If it were our money, we would buy the Escape SEL, which brings a long list of convenience features without a sky-high price tag.

The compact crossover segment is full of strong competition for the Escape since it’s one of the most popular segments in the industry. Many brands are moving toward making only crossovers, trucks, and SUVs, so all automakers have focused on improving their offerings in those segments.

The Toyota RAV4 was all-new for 2019 with stronger styling and updated tech. The new Adventure trim also makes the RAV4 a compelling choice for people wanting a somewhat off-road-ready crossover.

The Honda CR-V stacks up well against all competitors and has won many critics’ top-buy award. It’s spacious, well-equipped, and has excellent reliability ratings.

The Mazda CX-5 benefits from the company’s move toward upscale design and features for all of its vehicles. The interior is top-notch and is extremely comfortable. The CX-5 is also one of the most engaging compact crossovers to drive, with excellent handling, strong acceleration, and decent fuel economy.

The Subaru Forester was new for 2019, and though many might overlook it as a quirky niche vehicle, there’s plenty going for it. Subaru’s EyeSight safety tech is standard, as is all-wheel drive, which makes the Forester a great choice for buyers in colder climates. 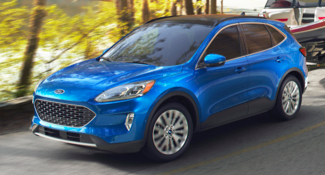 Driven: 2020 Ford Escape Review
Chris Teague | March 20, 2020
Ford redesigned the Escape for 2020, and it’s new in almost every way; it’s lighter, stronger, and more efficient than ever before. Plus, advanced driver assistance tech is now standard for all models, and higher trims can be optioned out with features that rival many luxury brands’ offerings. More... 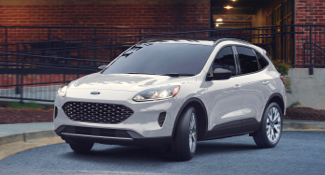 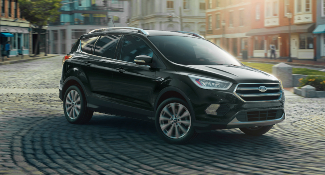